The global pandemic touched every aspect of our lives in 2020, but it also shone a spotlight on the automotive performance and motorsport industry’s inherent resourcefulness. For racing series and venues, that meant finding ways to keep cars on the track while maintaining strict COVID-19 protocols. Similarly for PRI, the unviability of assembling tens of thousands of exhibitors and attendees from across the industry in Indianapolis in December for the annual PRI Trade Show meant one thing. If people couldn’t come to the PRI Show in 2020, then the PRI Show was going to the people.

So it was that shortly after PRI President Dr. Jamie Meyer made the difficult announcement that the 2020 PRI Show would not be going ahead in its conventional form, a team of top content creators piled into the distinctively-wrapped and customized PRI Road Tour van, rolled out onto America’s highways and began a coast-to-coast journey that took in every corner of the performance industry. The pandemic might have denied companies the chance to tell their stories in person at the Indiana Convention Center, but instead, they’d be able to do it with a suite of slickly-produced videos, photos and other readily-shareable content.

Early stops at some of American racing’s most iconic teams – IndyCar, NASCAR, IMSA and Extreme E powerhouse Chip Ganassi Racing and 17-time NHRA national championship winner Don Schumacher Racing – helped set the tone for what was to come, but the majority of the focus was on celebrating the innovation and creativity that underpins the entire industry. On some days that meant checking in with designers and builders of highly-specialized parts, such as Michigan’s Livernois Motorsports or firms like Mason Motorsports and Stroupe Race Cars. Other stops saluted the companies that help power the vibrant industry in the nation’s southeast – operations like performance parts giant SRI, and drivetrain specialists Buzze Racing.

Automotive manufacturers made the cut too, with stops at Ford Performance, Chevrolet Performance, and Dodge Mopar, while the broader motorsport world was recognized with trips to venues like Indiana’s Lucas Oil Raceway, a visit with Brad Sweet and the World Of Outlaws in North Carolina, and a stop by Chris “The Greek” Karamesines’ fabled shop.

By the time the two-month journey wrapped up at RACER magazine’s headquarters in Irvine, CA in mid-December, it had covered well over 80 stops: an extraordinary achievement of connection and industry interaction during a time defined by imposed isolation. The regular PRI Show is scheduled to return in its traditional slot this December, but in a year when conventional networking was rendered almost impossible, the PRI Road Tour helped ensure that the developments and ideas that underpin America’s racing and performance landscape remained front and center.

Even though the physical portion of the Tour has ended, PRI is still producing content from the cross-country trip. Stay tuned for more from inside the racing industry at www.performanceracing.com/roadtour. And check out some video highlights from the Road Tour here. 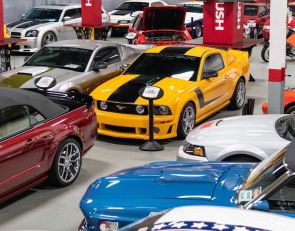 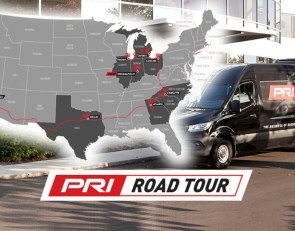 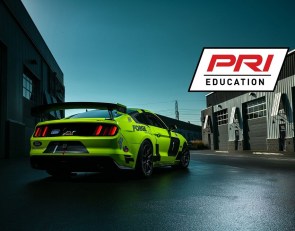