French LMP2 outfit TDS Racing has confirmed that it will return to the FIA World Endurance Championship for the 2018/19 season, after completing its first year in global ACO competition in 2017.

The team will race with a revised driver line-up in its ORECA 07-Gibson (pictured above) in the LMP2 class, former Audi LMP1 driver Loic Duval joining 2017 drivers Francois Perrodo and Matthieu Vaxiviere. It will not be Duval’s first ride with the team, after the Frenchman competed with its G-Drive Racing-entered ORECA at the end of this season at Bahrain.

Duval will race in the seat filled by veteran sports car driver Emmanuel Collard, who has worked with Perrodo as a driver coach and co-driver through recent seasons, including sharing the WEC GTE Am title in 2016. As a result of this change, Collard will not will drive for TDS Racing in 2018/19.

“During our 2017 WEC season, François and Matthieu have shown continuous improvements in LMP2 racing, they have consolidated their driving skills and race craft in what has proved to be an extremely competitive environment,” Xavier Combet, TDS’s team manager said. “Building on this experience, we have decided to go on and to take a new step by entering an LMP2 car in the 2018/2019 WEC Super Season.

“Teamed with Loic Duval, who has a very strong experience in endurance, this second WEC season for us promises to be very exciting. We can’t wait to get back on the World Endurance Championship circuits, and challenge the other LMP2 teams and drivers.”

Perrodo’s return for a second season of WEC LMP2 action was a hard decision to make. The Frenchman, who told RACER earlier in the year that the ELMS may have been a better option in 2018, says the changes to the WEC for 2018/19 convinced him to continue.

“The 2017 season was very exciting but to be honest, it was also difficult.” he said. “I not only discovered prototype driving but also a very strong competition – the challenge was huge and definitely up to my expectations.

“At the end of the season, I considered seriously ELMS or even a return to GT racing, but after the ACO decisions regarding the new WEC and considering the pleasure I’ve had driving these wonderful cars, I decided to stay in WEC for another season. And what a season we will have! To race the Le Mans 24 Hours twice and discover Sebring in just over a year’s time is the stuff of dream for a gentleman driver.

“In addition, I will have Matthieu and Loic on my side. Not only is Matthieu a very fast driver, but he is also one of my best friends. Loic has a solid endurance racing experience; he is a great race driver who shares our values: cohesion and team spirit which to us, are the keys to pleasure and competitiveness. My objective is clear: Improve my LMP2 racing skills, have fun, and hopefully score a few podiums.” 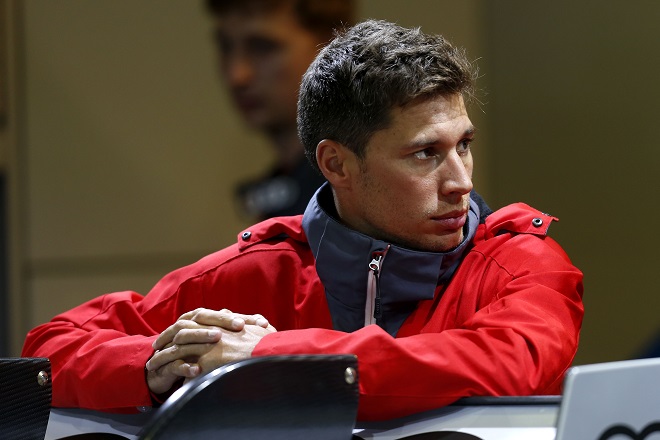 For Duval (above), this program will mark his full-time return to the WEC. His last full-time campaign was in 2016, when he competed with Audi Sport in its final year of LMP1 Hybrid competition.

“I am very happy to come back to the WEC and the 24 Hours of Le Mans alongside my Audi program, and more over I am very excited about the environment in which I will compete,” he said. “TDS Racing is a very professional race team, but with strong family values.

“Not only is this season going to be great fun [but] I am looking forward to help Francois improve and be Matthieu’s wing man. I would like to thank both of them for this great opportunity. I can’t wait to race in the LMP2 category, which had some classic fights last season.”