75 Years of SCCA: The Heart of the Club

75 Years of SCCA: The Heart of the Club

75 years ago this week, the Sports Car Club of America came to be. Since then, the SCCA has made a lot of history – and done a lot of racing. Truth be known, the SCCA has made more motorsports history than most automotive clubs combined. And to celebrate this milestone accomplishment, RACER.com will take you through a historical journey this week. In our journey so far this week, we’ve seen how SCCA began, played witness to its early motorsports events, and caught a glimpse at how SCCA transformed road racing in America. But through it all, the SCCA knew its roots were in amateur motorsports.

The Club’s first events back in 1944 had been simple tours where members drove their cars at legal speeds on public roads. These evolved into the sport of RoadRally, which, by 1958, was large enough to merit its own SCCA National Championship. Rally eventually diverged into two types of competition: Time-Speed-Distance (TSD) events run on public roads, using either simple or convoluted instructions depending on individual taste; and Performance Rally (Pro Rally), which was essentially a race on limited access roads over rough terrain.

The granddaddy of all SCCA Rallies is the Press On Regardless (POR), run since 1949 on some of the most challenging roads in northern Michigan. The event has been run as a TSD rally, an SCCA Pro Rally, and an international rally championship event at various times during its existence.

The early single-car-against-the-clock events, known as time trials, also evolved. First they led to gymkhana events, which required precision driving through tight courses, and then into a Solo events series, beginning in 1968. Autocross, known as Solo, was divided into two categories with Solo I being high-speed events run on race circuits, and Solo II, which could be run at relatively low speeds in local parking lots.

The first National Championship for Solo competitors was held in 1973. And currently, the Solo I program has transformed into SCCA’s modern Track Event and Time Trials programs.

And with this, we’re brought into what could be called the modern era of the Sports Car Club of America — which we’ll cover tomorrow as we wrap up our five-part series celebrating the SCCA and its 75th anniversary. 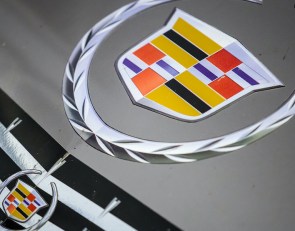 PRUETT: Why GM wants to go all-in with Andretti