75 years ago today, the Sports Car Club of America came to be. Since then, the SCCA has made a lot of history — and done a lot of racing. Truth be known, the SCCA has made more motorsports history than most automotive clubs combined. And to celebrate this milestone accomplishment, RACER.com will take you through a historical journey this week.

Yesterday we discussed the very first day of the SCCA. Today, we discover more about what happened next: SCCA’s first meet-ups.

The earliest record of an event that actually involved cars, as opposed to being purely social, was the first weekend in May 1944, when the weather in Boston turned unexpectedly pleasant, and a number of phone calls rounded up some early members for a tour. It began at Chapin Wallour’s estate and traveled cross-country to the Charlie Fisher estate.

Things began to grow and change in 1945. The most obvious change was in the name of the SCCA newsletter, which changed its name from The Sportwagen to SportsCar magazine — as it remains today. Second was that Russ Sceli started up a new chapter, or “region,” of the SCCA in Hartford, Conn., and was appointed the first “Regional Executive,” overseeing activities in his local area.

On July 22, 1945, once World War II had ended and fuel rationing had come to an end, members of the SCCA gathered at Thompson Speedway, a half-mile, paved oval with 15-degree banking, for the Club’s first speed event. Timed runs from both a flying and standing start were conducted, with George Weaver’s Bugatti turning the fastest lap in both formats.

In 1947, on June 22, SCCA conducted its first true race, at Langhorne, Pa. It was a preliminary event to the AAA Big Car races that afternoon. Seven Mercers and one Mercedes took to the one-mile dirt oval for a five-lap sprint in front of about 35,000 fans. Alec Ulmann won in a Mercer, giving the crowd a look at a completely different kind of race car than they were used to. Not long after, on July 26, the biggest SCCA time trial event to date was held at the oval track at Thompson Speedway in Connecticut. A variety of timed runs were made for all cars, along with gymkhana-type handling challenges and a few two-car pursuits.

Another type of time trial debuted that summer, with single car runs up the Fairfield Hillclimb in Connecticut.

Things got serious in 1948, when it was announced that SCCA would organize a “Grand Prix” for sports cars at Watkins Glen, N.Y., in October. Cameron Argetsinger was appointed General Chairman of the event and Bill Milliken was named as Chairman of the Technical Race Committee. After months of preparation, the course was laid out down the main street of the village, then winding along local country roads and through the park that contains the scenic gorge for which the town was named.

Frank Griswold won the main event driving an Alfa Romeo, with an average speed of 63.7mph over the eight-lap, 52-mile race.

By 1951, there were enough drivers competing and enough races on the schedule that the SCCA was able to conduct a national championship series. Drivers could score points toward this championship by competing in any class in any event anywhere around the country, including races, time trials, hillclimbs, and rally events. John Fitch was the winner of that very first championship.

Connecticut’s Thompson Speedway was the only purpose-built road-racing track in the 1951 series, and the first such track used by SCCA. The 1951 track utilized a quarter-mile oval inside of a half-mile oval. The event consisted of two-lap time trials around the large oval followed by four-car match races in which cars ran clockwise around the outer oval, then made a sharp turn onto the inner oval and ran three quarters of a lap before making another sharp turn onto the outer oval again. This formed a sort of mini road course that included a pair of quite challenging corners.

Also in 1951, one race, virtually forgotten today, changed the perception of the SCCA beyond our national borders. Argentina had an internationally recognized racing program in that era. A number of top drivers, led by Juan Manuel Fangio, had come from the South American country. Speed Age magazine and Road & Track, America’s top racing publications of that time, included regular coverage of the racing activities south of the equator. An invitation was sent to the SCCA president from the Automovil Club Argentino, inviting the American club to send a team of cars and drivers to Buenos Aires to compete in a challenge race between the two countries. The inspiration for this was the Pan American Games being hosted in Argentina. When Fitch took the checkered flag at the end of 40 laps, there were U.S. drivers in first, second, sixth, and seventh.

This early international expedition was one of the events that led to the growing recognition of the SCCA in particular, and American sports car racers in general, as being world class. Fitch went on to gain international acclaim racing in Europe along with Briggs Cunningham, another SCCA member who built the first American cars to challenge the Europeans at the highest levels.

Back on American soil, this moment in time also marked the birth of dedicated road racing circuits — something SCCA encouraged and SCCA drivers dominated on.

Tomorrow, as our “75 Years of SCCA” series continues, we’ll learn exactly how that happened. 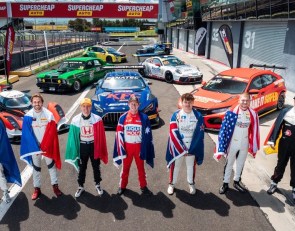 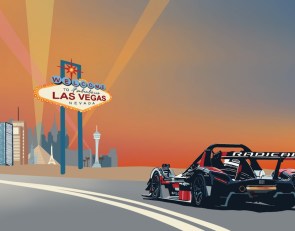