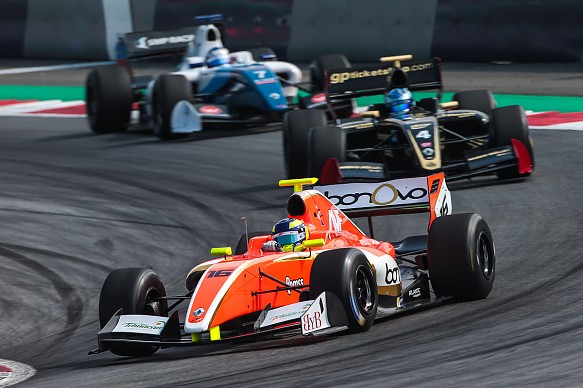 Seven drivers go into this weekend’s Barcelona Formula V8 3.5 decider with a championship chance, and long-time leader Tom Dillmann believes his hopes are slender without a change of form.

AVF racer Dillmann’s lead stood at 40 points with three meetings to go, but has since been eroded and he was usurped by Renault Formula 1 protege Louis Deletraz at Jerez last weekend.

“We’re struggling for pace, it is not a secret now,” said Dillmann, whose fine wet win at the Hungaroring in April is his only 2016 victory. “We are not so fast, in either quali or the race. We were quick at Motorland and Budapest, but things were already not so great at Spa.

“From Paul Ricard [round four in June], we’ve struggled. It is even worse when a track gives a certain tire deg with our car. Then the issues are even more pronounced.

“At the Red Bull Ring, for example, even if you struggle with the car, at least it’s not getting worse and worse every lap. That’s because there is no deg in Austria. But at circuits like Jerez, it was really difficult.

“At Barcelona, we’ve been really fast in winter tests, but I don’t know now anymore what to expect from the weekend. I would like a new chassis, because something is not working right.” 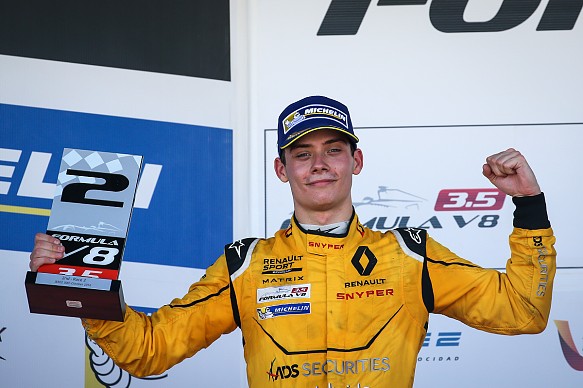 Fortec racer Deletraz (pictured) carries momentum in the title battle but is aware a three-point lead allows scant opportunity to play the percentages.

“I try not to think about the championship,” said Deletraz. “I just want to be fast, get pole position and win the race.

“Or be around the front, in the top three, and then just keep calm – that’s how to win the championship.

“Entering Monza two rounds ago, I had a 40-point deficit to Dillmann. Now I am in the lead, so a big part of the job has been done, but it is not over.”

Two podiums at Jerez brought Matthieu Vaxiviere up to third in the standings with new team SMP Racing.

“For the championship we are coming back, because we are growing up as a team,” said Vaxiviere. “The team has made real progress. At one time, I was 50 points behind, now I am only 25.”

Vaxiviere noted that the former Formula Renault 3.5 series has had a habit of controversial title deciders in Barcelona finales.

“There have been some great finals in Barcelona, such as [Robert] Wickens versus [Jean-Eric] Vergne, [Jules] Bianchi against [Robin] Frijns,” said Vaxiviere. “Those ended in contact, and at the first corner at Barcelona you never know what can happen.”

Four-time winner Egor Orudzhev (below) tops the 2016 victory rankings but goes into the decider only sixth in the championship.

“I will be happy if I am twice on the podium in Barcelona, just to end on a high note, but I am not going to look at the championship situation,” said the Russian. 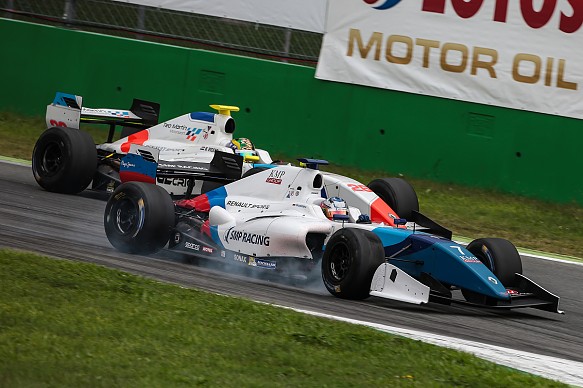