In its second year as a class, GTD PRO isn’t set to see any growth for the full-season entries, but the quality certainly won’t diminish, either, and most of the major players are back.

BMW, at least for now, will not have a full-season entry with BMW M Team RLL concentrating on the GTP program. In its place, though, is a true factory effort from Mercedes-AMG through WeatherTech Racing. Last year’s champion team, Pfaff Motorsports, returns with its third different driver lineup in three years as Mathieu Jaminet and Matt Campbell are now with Porsche Penske Motorsports in GTP. But with another pair of factory hotshoes in the new No. 9 992 Porsche 911 GT3 R, “Team Plaid” has a good chance at a repeat and its third title in a row.

“It’s always difficult to win,” says Patrick Pilet, who will team with Klaus Bachler at Pfaff for the season. “What they achieved is something really special. We should not forget that we should stay humble because it’s a brand-new car; it’s not like you’re coming with a past car that you know perfectly, you have all the setup and everything. So we have to learn this car, we have to learn how to work also with the team. I’m not scared about this, because we have exactly the same philosophy, and the way they work is really nice. It’s a really good approach of racing, and they are real racers. But, yeah, we will go step by step.”

If the times at the Roar Before the 24 are any indication, Porsche teams are going to have some struggles for Daytona, having been down on straight-line speed and not getting any help from the BoP, but there may yet be surprises in store. In contrast, WeatherTech Racing came out swinging with its new program, Maro Engel putting the No. 79 Mercedes-AMG on the pole. Daniel Juncadella and Jules Gounon will be piloting the car for the season.

“I think consistency is key in IMSA,” says Juncadella. “Last year, Pfaff was really on top of their game everywhere, as you could see. Obviously, winning big races like Daytona, Sebring, it’s always always helpful, but you know, we will go race by race. And I think if we work like we’ve worked in the past in Europe, it’s it’s gonna be right up there. In a BoP championship, you sometimes you are the quickest, sometimes you’re not, but you need to take the maximum with whatever you have. So we’ll work on that.”

Jordan Taylor and Antonio Garcia had their issues with the No. 3 Corvette last season as they were coming to grips with the GTLM-turned-GTD car and getting the car to work well on the tires specified for the class as opposed to the confidential tire designed for the car in GTLM spec. But then they won at Sebring and had mixed results for the rest of the year. They’re hoping they’re coming into 2023 armed with more data in the 25th season of Corvette Racing, and the last year for the C8.R before the Corvette GT3 is introduced for next season.

“Last year for us, it was a learning curve all the way,” explains Garcia. “We didn’t have a lot of knowledge of this car in the GTD (configuration). We were learning race by race, how this car will interact with the customer Michelin tire. So every race was new for us. So this year would be a little bit different, as we have all the knowledge from last year. So it’s true that many manufacturers have a new car, so that will be difficult to know where they’ll be stronger than us; we just need to carry on with what we have.”

Heart of Racing and Vasser Sullivan return as the only teams running a full-season twin program of GTD PRO and GTD, and both were the only teams other than Pfaff to score multiple victories in 2022. Ben Barnicoat finished second in the championship in the No. 14 Lexus RC F GT3, after having to run a couple of races without Jack Hawksworth as his co-driver. In their second full season as a pairing, they could be a real threat for the championship.

Likewise Ross Gunn and Alex Riberas in the No. 23 Heart of Racing Aston Martin Vantage GT3. Winning at Long Beach and Watkins Glen last year, they showed the team can win in both sprint and endurance races. A little more consistency and they could have a strong go at the title as well.

Three teams will be running the class in the endurance races only as they go for the Michelin Endurance Cup. Risi Competizione, last year’s MEC champs, have a new Ferrari 296 GT3 car and the same stellar lineup of Ferrari factory drivers, for Daytona at least. However, they have to come to grips with a new car. Iron Lynx will be running a strong bunch of drivers in a Lamborghini Huracan Evo2 as they prepare to race Lamborghini’s LMDh car next season. Finally, Turner Motorsport has expanded to a second BMW M4 GT3 for Bill Auberlen, Chandler Hull and John Edwards. 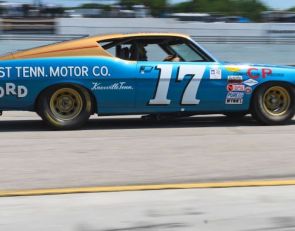