The W Series is trying to find the funds to complete its 2022 season in the United States and Mexico after a major investment agreement fell through.

Contracts were signed on a significant partnership but payments didn’t follow, leading to CEO Catherine Bond Muir spending time in San Francisco trying to rescue the deal. With that funding not coming through, the series is facing an uncertain future, and a decision will be made after this weekend’s round in Singapore — where Jamie Chadwick can win the title — on whether the championship continues.

“We’ll have to make a decision next week,” Bond Muir said. “This has all happened so quickly that at the moment we are trying to plug the gap, and then once we do that… Obviously in your head you’re making various contingencies, but I don’t really want to say what’s going to happen because I don’t know what the position is at the moment.

“I’m working very hard. I had one hour’s sleep last night because I was speaking with both London and America, so I haven’t had much sleep.

“We are speaking to a huge number of people — which is why I’m not sleeping very much — to get more money in and I am reasonably confident that that will happen. I hope that the two races will go ahead.”

With the U.S. Grand Prix W Series round at Austin’s Circuit of The Americas set to follow Singapore, Bond Muir admits it’s a key market where the business had been focusing its attentions.

Bond Muir says there have been “unbelievable” levels of support from the wider motorsport community, and public knowledge of the situation means there have been multiple discussions with potential investors.

“The upside of it is that people have come out of the woodwork. No one realized that we were looking for funding in the way that we were, so we had advisors that were based in the States and we were predominantly looking in the U.S. So unquestionably while this isn’t a happy or great experience, it’s actually helped us quite a lot.

“I nearly gave up (starting the series) twice because I’d worked so hard to try and raise the money and I didn’t think it was going to happen, and it was my husband who made me carry on. So I’ve never given up before and I’m not about to give up now, because look at what we’ve done. Look at how much we’ve achieved. There are 18 drivers out there that I feel enormous responsibility towards, and equal responsibility towards this amazing team that we’ve got.”

The W Series practice session in Singapore was notable for a lack of television coverage, with no live pictures being broadcast. RACER understands full coverage will be provided for qualifying and the race. 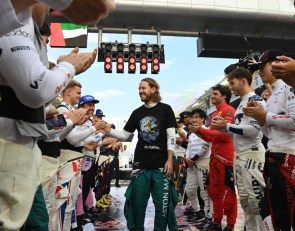 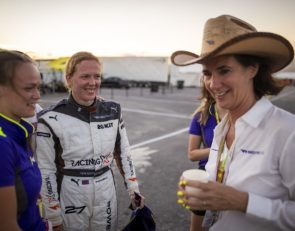