The first all action day of the Festival of Speed Presented by Mastercard was full of action. Friday saw the first rounds of Driftkhana — FOS’  new form of motorsport mixing sprint and drifting, created at Goodwood SpeedWeek — practice for the Timed Shootout on Sunday, F1 cars on the hill and more supercars than you can shake a stick at.

Justin Law was fastest in practice, even with Travis Pastrana pushing as hard as he can in his Gymkhana Subaru Impreza, James Deane, the reigning Driftkhana champ, suffered an issue in his run, leaving the door open to his rivals, we celebrated Lotus, and Emanuele Pirro set hearts racing with a stunning run in the Ferrari 250 GT SWB “breadvan”. 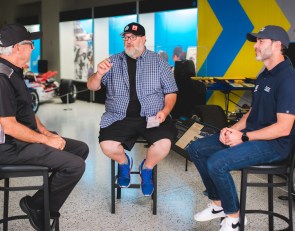