Partners of Kyle Larson and the No. 42 Chip Ganassi Racing Chevrolet are reacting to the racial slur Larson used late Sunday and his subsequent indefinite suspension from NASCAR.

A spokesperson from Chevrolet said the manufacturer had “suspended its relationship with Kyle Larson, as we do not tolerate this behavior. We will continue to monitor the events surrounding Mr. Larson and are prepared to take additional action.”

The 27-year-old Larson has been indefinitely suspended by NASCAR and will have to complete sensitivity training. He has also been suspended without pay from Chip Ganassi Racing.

Larson was heard through a Twitch livestream using the N-word. His in-game communication was public, and was heard by drivers and Twitch users. Larson was participating in an on-track session for the Monza Madness event featuring drivers from various racing disciplines competing at virtual Monza.

iRacing has also suspended Larson from using its platform.

“iRacing considers itself to be a welcome and inclusive community for racing enthusiasts all around the world,” read a statement posted on the verified iRacing Twitter page. “We have strict policies against offensive behavior and language. Kyle Larson’s language last night during a streamed online race was both offensive and inappropriate, and in violation of our sporting code.

“As such, Kyle Larson has been suspended indefinitely from the iRacing service.”

Credit One Bank, one of Larson’s sponsors, stated on social media:

Larson issued an apology through a video message on social media Monday afternoon. In the 42-second clip, Larson said in part that there was no excuse for the word he used, and that he takes responsibility for the consequences. 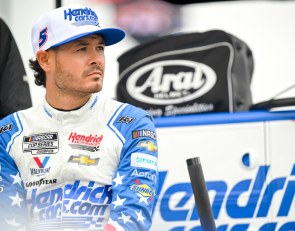 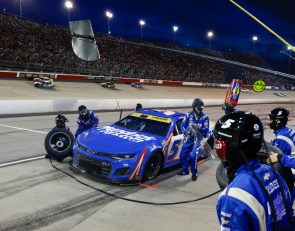 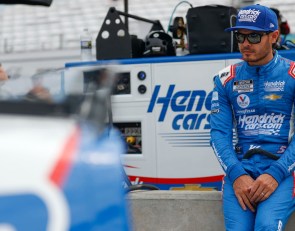