The seven teams that do not use Ferrari power units are threatening legal action in response to the FIA’s settlement with the Italian manufacturer.

The FIA announced on Friday that it had concluded its analysis of the way Ferrari operated its power unit and reached a settlement with the team, adding that “the specifics of the agreement will remain between the parties”. The statement has angered Mercedes, Red Bull, McLaren, Renault, Racing Point, AlphaTauri and Williams, and the seven released identical statements on Wednesday morning signalling their displeasure.

“We, the undersigned teams, were surprised and shocked by the FIA’s statement of Friday 28 February regarding the conclusion of its investigation into the Scuderia Ferrari Formula 1 Power Unit,” the statement read.

“An international sporting regulator has the responsibility to act with the highest standards of governance, integrity and transparency.

“After months of investigations that were undertaken by the FIA only following queries raised by other teams, we strongly object to the FIA reaching a confidential settlement agreement with Ferrari to conclude this matter.

“Therefore, we hereby state publicly our shared commitment to pursue full and proper disclosure in this matter, to ensure that our sport treats all competitors fairly and equally. We do so on behalf of the fans, the participants and the stakeholders of Formula One.

“In addition, we reserve our rights to seek legal redress, within the FIA’s due process and before the competent courts.”

The only teams not to sign the statement are Ferrari customers Haas and Alfa Romeo.

The seven teams are all unhappy about the opacity of the FIA statement. When grey areas are being exploited, the FIA generally issues technical directives to provide clarification, which allows teams to understand what is or isn’t legal for them to pursue themselves. In this case, the protest centers around the lack of clarity over whether the Ferrari power unit was legal throughout 2019. 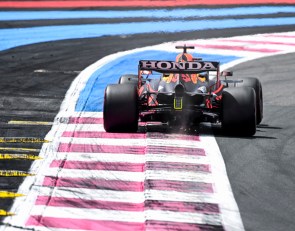