INSIGHT: Ins and outs of the new WEC calendar

INSIGHT: Ins and outs of the new WEC calendar

The FIA World Endurance Championship calendar for 2020/21, revealed today by CEO Gerard Neveu in Bahrain, features interesting additions and omissions, some more surprising than others. For starters, Kyalami and Monza were added and Shanghai dropped.

There were rumors of a potential ninth race, but those haven’t come to fruition; we have eight races once again. Can we expect further growth to the calendar in the future? CEO Gerard Neveu said that if we go to nine races then it must be agreed by the majority of the teams in the paddock.

Two of the changes to the schedule were made to make life easier for the Le Mans Hypercar competitors, who will debut their cars at the start of that season.

The pre-season test at Silverstone is set to be held a lot later than it was at Barcelona before the start of this season, when it was run in July. It will run from Aug. 31 to Sept. 1,  before the opening race of the season at the British circuit on Saturday the 5th. This will also benefit the rest off the teams in the championship, who will appreciate the additional time to recover from Le Mans in June.

Tweaks to the event times, as well their dates, are aimed at making the FIA WEC more appealing to spectators as well as competitors. Image by JEP/LAT

Silverstone’s race returns to a six-hour race once again too, after it was trimmed back to a four-hour race this year. It will run into the evening, finishing “roughly at 7:30, something like that,” according to Neveu, with fan entertainment planned post-race.

“We looked at how we can grow this event. It has huge potential, but for the past three years we’ve had a similar number of fans,” Neveu explained. “This is why we have made the change. It allows people to watch the Formula 1 race on Sunday if they want, and not (have to) choose between that and the FIA WEC.

“We also want to make sure it’s all over earlier on the Sunday (when the ELMS will host a four-hour race). If you look at MotoGP weekend, at 3:30 on Sunday it’s done. They finish early so people can leave and get home by a reasonable time. As we have a long race, if we start at 8 a.m. it doesn’t make sense, it’s too early. We want a celebration. We want to set up an enthusiastic meeting, maybe a concert or something on the Saturday night.”

Monza’s addition, meanwhile, comes as part of the decision to drop Shanghai from the calendar. Neveu said it was not an easy decision to make, but crucially, it gives the Le Mans Hypercar teams a month to spend with their cars after the opening round of the season at Silverstone.

As it stands, both the Toyota and Aston Martin Hypecar programs are running to tight deadlines. Neither marque is set to begin testing their new cars until after the 2020 running of the Le Mans 24 Hours in June, leaving little time for pre-season testing ahead of the opener.

“It’s always a challenging decision because first of all, nothing is definitive. A calendar is something that evolves,” Neveu continued. “We may go back in the future; I’m sure we will be back one day. We didn’t come to Bahrain last year and we’re back.

“It’s the question of, what is the priority for the paddock? And what is the wish from the people from Shanghai. At the beginning, for a few (manufacturers) it meant a huge activation. It was a major event, which is was not the case during the last two years. All the journalists who visit the place knew that very well.”

The Italian circuit, host of F1’s Italian Grand Prix, should prove popular with the fans too.

“We like the idea to make the Italian teams and drivers in the paddock happy. There are a lot of fans in Italy, if you remember the huge crowd for the Prologue test in 2017. It’s the perfect place for sports cars with a storied history.”

The second new circuit to the calendar is Kyalami in South Africa. The facility has been revived, and has received significant praise since it hosted the Intercontinental GT Challenge season finale last month. It last featured on the World Sports Car Championship (which folded in the early ’90s) was back in 1984 — interestingly, six of the 11 races that season feature on the 2020/21 WEC schedule, too.

Neveu says the WEC has been keeping an eye on the potential to race at the circuit since Toby Ventor took over the ownership of the circuit and the revamp began.

“Before, it wasn’t possible to race there. We’ve been looking at racing there for many years,” he explained. “My colleagues at Porsche told me to pay attention, because it’s a good place. I had a chance to visit it a few weeks ago with my friend Stephane Ratel (at the IGTC finale) and everyone was happy with the circuit. It’s a place with character, history and an incredible track design.”

Of the returning circuits, American fans will be pleased to see that Sebring remains a 1000-mile race held on the same bill as the IMSA Sebring 12 Hours weekend. The success of the ‘Super Sebring’ doubleheader earlier this year has made the FIA WEC eager to continue returning. 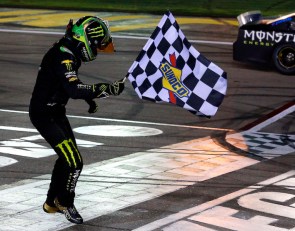