Doused with near palpable anticipation, the reveal of the 2020 Corvette Stingray took place in Hanger No. 2 at the former Marine Corps Air Station in Tustin, Calif., on July 18. But as I sat there with some 1,400 event attendees taking in the spectacular pomp and circumstance prior to the car’s unveiling, I became distracted by the mention of one specific person who impacted this program over the years: Zora Arkus-Duntov.

Even if you are only vaguely familiar with Corvette history, you’ve likely heard of Duntov, as General Motors credits him with saving the Corvette from an early demise. Duntov joined GM in 1953, shortly after seeing the first Corvette at the New York Motorama, and was faced with the reality that the roadster was falling short in regard to its impact on the industry and the car’s performance; in a nutshell, the Corvette was struggling to draw buyers. Even as the Corvette got its first V8 in 1955 (at the urging of Duntov), it still trailed behind the new Ford Thunderbird in sales.

Duntov knew he had to make a name for the Corvette, and the best way to do that was at the racetrack. To that end, Le Mans, 12 Hours of Sebring, and SCCA races were the playgrounds Duntov chose to showcase the car that has since become an American icon. The first taste of SCCA racing success for Duntov’s program came at the hands of SCCA Hall of Fame member Dr. Dick Thompson, when Thompson won the 1956 C Production title. This was the first of many SCCA titles for the car.

In 1957, John Fitch (2005 SCCA Hall of Fame member) and Piero Taruffi drove the Corvette to a class win at the 12 Hours of Sebring.

Even as the Automobile Manufacturer’s Association (AMA) put a ban on factory-supported racing programs, Duntov made sure the cars were still on track by supplying “privateer” teams with cars. Briggs Cunningham (2010 SCCA Hall of Fame inductee) fielded three cars at Le Mans in 1960, with the entry driven by Fitch and Bob Grossman, taking the big-bore GT class win and finishing eighth overall.

In 1963, GM was feeling the pressure of the AMA ban and took measures to enforce it within its own ranks, but Duntov would not be deterred. Duntov placed the Grand Sport Corvettes, which were manufactured specifically for racing prior to GM shuttering the program, into some very capable hands. To that end, Roger Penske (2016 SCCA Hall of Fame member), A.J. Foyt, Jim Hall (2012 SCCA Hall of Fame member) and Thompson all logged time behind the wheel of those Grand Sport Corvettes.

Through the generations, Corvette has earned a prominent place in racing, from the pro ranks of IMSA and Trans Am, to club racing and autocross. It’s very likely that without racing – and Duntov’s early influence – the C8 Corvette would not exist.

Always striving to push the engineering envelope, Duntov began development of a mid-engine Corvette in the late 1960s. Internal battles within GM, however, prevented Duntov’s vision from seeing production as at that time, the Corvette was selling well and the cost for his radical redesign was deemed too costly.

Back in the hangar in July 2019, as the curtain lifted and a C8 drove upon the stage for all to see, my focus finally returned to present. And there it was, Duntov’s vision of a mid-engine Corvette brought to life. But unlike his previous prototypes, this one will finally make it into the hands of consumers. 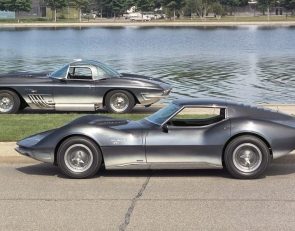 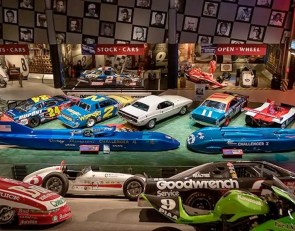 Motorsports Hall of Fame Class of 2023 announced at Long Beach