The introduction of the next generation race car (Gen-7) in the Monster Energy NASCAR Cup Series is still set for 2021 but the timeline for a new engine remains fluid, according to NASCAR president Steve Phelps.

“We are on track for a 2021 launch of a new chassis and body style,” said Phelps. “When that engine follows is a question. There are a lot of discussions that are going on. We do have time. And I think they’re all… our existing OEMs and the opportunity to bring in new OEMs with a new engine; they’re all aligned on finding some type of electrification to that engine. What the rest of it looks like, we have some time to develop.”

Phelps clarified that electrification does not mean NASCAR goes hybrid.

“I would suggest that most of the racing series are going – if they’re not already there – to some type of electrification,” he said. “It’s not a hybrid series, it would just have some electrification that will help store energy, and in some cases, when you’re braking, allows you to create more horsepower as part of it, which should help you with your short tracks and road courses.”

NASCAR last rolled out a new Cup Series car in 2013. According to Phelps, all parties in the garage are interested in Gen-7, but have different ideas on timing.

“We’ll continue to work with our teams and OEMs to make sure everyone’s aligned on what is the correct date to do that,” he said. “But I think the positive thing is we’re not going to just plow forward with a decision without getting everyone on board.

“The majority of the garage is on board with a 2021 start. Are there some that ’22 might work better for them? Might be. We have to figure out how to get full alignment on what that’s going to be, and that’s what we’re working on.”

Cost for team owners and how Gen-7 could help save money is another talking point. Phelps did not offer numbers, but said from NASCAR’s perspective and modeling “the year in which they invest in the new car, they will have a savings. So, that will be a net positive for the teams.

“Everyone has their own kind of schedule that they’re using and what their costs look like. In my opinion, the importance of their car can’t be overstated. It will allow teams to be profitable is what it comes down to. I think it’s as simple as that. The great news is that the fan will be beneficiary as well because I think the car will have body styling that the fans will really enjoy, and, if we’re going to do this thing the right way, which we are, the racing should continue to get – which is already fantastic – should get even better.

“I think entire industry wins; it’s just we have a complex industry. We have a ton of stakeholders, and there are those that would want to rush and try to do something, ‘Hey, we should do it for 2020.’ There are teams that have been pushing on that mantra. Obviously, we can’t do it for ’20, so it’s a balance. We have to make sure we’re balancing everyone’s needs.”

Phelps said that it is unlikely that any new OEM will join the grid before 2022 because of the length of the submission to race-ready process. 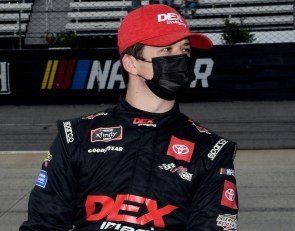