Toyota tipped to replace Alonso with Hartley after Le Mans

Toyota tipped to replace Alonso with Hartley after Le Mans

The move, with Alonso departing regular FIA WEC competition in favor of Hartley, who exited the Toro Rosso Formula 1 team at the conclusion of the 2018 season, has been widely anticipated.

For the two-time F1 champion, a return to compete in May at the Indy 500, and interests in off-road competition, have been additional preoccupations since stepping away from racing for McLaren in F1. With a victory at Le Mans in hand, and a decent lead in the WEC’s LMP1 category heading into the season finale at Le Mans in June, Alonso could add an endurance championship to his CV before focusing on new challenges.

In Hartley, Toyota would receive one of the modern era’s elite prototype drivers. Guest performances in lesser LMP1 machinery, and Stateside in IMSA’s DPi class, have kept the 29-year-old busy, but since leaving F1, his services have gone underutilized in the form of racing where he made his name. 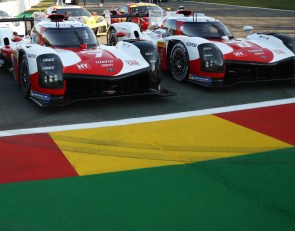