Founded in 2015, Hitech GP F3 teams have competed in European and Asian championships, finishing third overall in the 10-round 2018 FIA F3 European Championship. In 2017, the organization expanded to form a technologies division focused on OEM, motorsport and special vehicle projects. A team of about 50 people will provide full race operations for the series, including preparation, shipping and all trackside requirements. Hitech GP will also supply race engineers and pit crew for each of the cars.

“We are delighted to partner with such a professional and ambitious team,” racing director Dave Ryan said. “It will be a critical part of our success as, together, we continue to prepare for our first season next year.”

The new female-only open-wheel series, set to begin racing in May 2019, recently released a list of 55 finalists who will compete for a place on the 18-spot grid. The next step in the selection process will be a three-day on-and-off-track trial including fitness tests and psychometric profiling, as well as multiple driving skill tests. 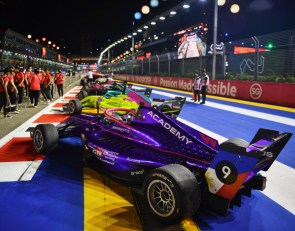