Following his impressive run at Petit Le Mans last year, American Gustavo Menezes is back driving with Rebellion Racing for this year’s Super Season, making his LMP1 debut in one of the team’s brand-new R-13 Gibsons.

This weekend at the series’ Prologue, he and his team of reigning FIA WEC LMP2 champions team are in the midst of a mammoth task, its new prototypes having only completed the briefest of shakedowns prior to the 30-hour test which started this morning at Paul Ricard.

Because the car is so new, Menezes says that the team is not expecting it to turn any red hot laps, during the two days, the Swiss team instead focusing on getting as much mileage as possible. Heading into today’s running, it was the only chassis in LMP1 yet to complete any significant mileage. 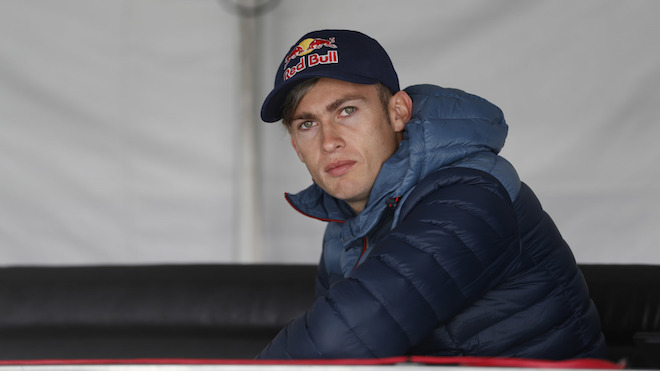 “It’s been way too long of an off-season, but at least I had Daytona to keep me busy. I am eager to get into the storm which is 2018,” Menezes (pictured) told RACER.

“The engine on our R-13 only fired up for the first time a few days ago, so these two days are going to be really important. We need to check systems, lay down the groundwork –we’re not out to prove pace yet. We just need to keep the car running.

“Obviously we want to see where the performance is, but we need to focus on seeing where we’re at. The engineering team has a big plan. We’ll be able to see where the car is a little after the first day. But we can’t be too surprised if we don’t see pace.”

Menezes, a Le Mans class winner in 2015 in LMP2, said the opportunity to move into the LMP1 ranks this year came in part from his past performances, and his relationship with the watch maker as an ambassador.

“I had a great relationship with Rebellion through being a watch ambassador, and I love the way that the team works,” he explained. “The moment they announced LMP1 and said there was an opportunity for me, I wasn’t going to turn it down.

“And to be honest, I’m really happy to see the WEC has come together this year –there’s so many faces here I know well or haven’t seen in a few years. It’s going to be a big season, with a lot of gaps, but I’m fortunate to be busy. And with [Fernando] Alonso it’ll be awesome, it’ll keep the fanbase strong throughout.”

Menezes will also compete with Rebellion in the European Le Mans Series this year, the team racing with Algarve Pro Racing in the LMP2 class. It means the Californian’s schedule over the next 10 days will be a hectic one; after the Prologue, it’s then the two-day ELMS test at Ricard, followed by the opening race of the season at the same venue next weekend.

He’ll then head to Magny Cours, for RACER understands will be a two-day test for the Rebellion team before the season opener at Spa-Francorchamps, the team aiming to have both its cars running by that time.

“It’s all about keeping busy, I’m fortunate that I’ve been able to fill the gaps between the WEC races during this extended season. It’s going to be a lot of fun.”

Off Road 4hr ago ET