A record 36-car full season entry for the 2018-19 season of the FIA World Endurance Championship sees the championship hit back after the disappointment of losing the Porsche factory LMP1 team after the 2017 season, this hot on the heels of the end of Audi’s factory LMP1 era the previous year.

The WEC also switches this season to a calendar cycle that will end with the Le Mans 24 Hours in June, the interim ‘Super Season’ features an eight-race calendar which includes both the 2018 and 2019 Le Mans 24 Hours as well as a new 1,500-mile race at Sebring, starting two hours after the 2019 IMSA 12 Hours of Sebring event is completed. 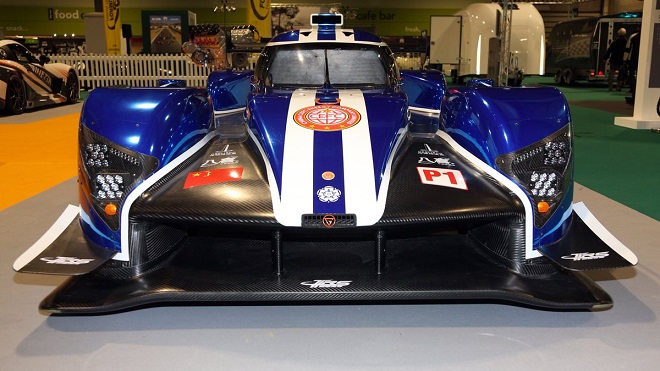 They’ll be joined on the grid by a varied eight-car field of Privateer LMP1s. The eighth car revealed today as a second Ginetta G60-LT-P1 for the CEFC TRSM squad (pictured above, image courtesy of the team), previously known as CEFC Manor. Britons Oliver Rowland and Charlie Robertson are the first named drivers for the Ginetta squad which features Mecachrome turbo V6 power.

A further BR1 chassis, this time with a normally aspirated Gibson V8 engine, is entered by the sole U.S.-flagged Prototype team in the championship. Rolex 24 At Daytona polesetter Renger van der Zande is listed against this entry together with Ben Hanley and Pirelli World Challenge veteran Henrik Hedman.

The LMP2 class lists seven cars, with the DragonSpeed squad represented in both Prototype classes, Mexican driver Roberto Gonzales the first driver listed for the No.31 ORECA 07 Gibson.

AF Corse (Ferrari), Aston Martin Racing (with the new for 2018 Vantage GTE), BMW Team MTEK (with the new M8 GTE) Ford Chip Ganassi Racing and Porsche Team all field a pair of cars each in what is set to be a hugely competitive field. 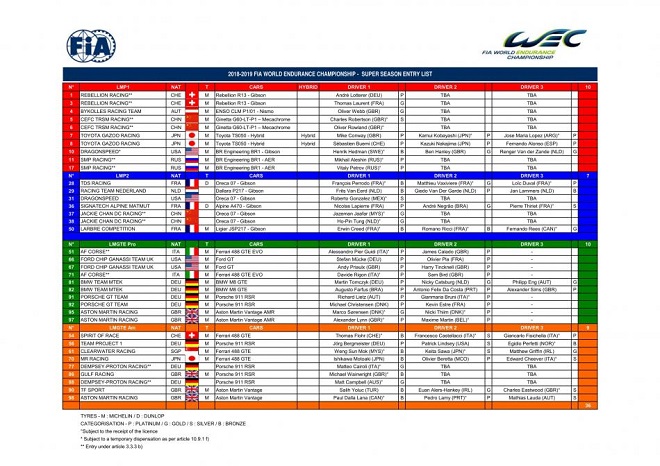