In RACER Magazine: The Power of Lube

In RACER Magazine: The Power of Lube

In the quest for any edge, cunning Formula 1 power unit manufacturers gave oil a role far beyond mere lubrication. Here’s our take on the what, how and why of oil burning…

On the eve of the 2017 Formula 1 season, the sport’s governing body, the FIA, issued a technical directive to the 10 competing teams stating that it would consider any deliberate burning of oil in the combustion chambers of an engine to be against the regulations. It followed a query from Red Bull Racing (almost certainly informed by its engine supplier, Renault) asking if such a practice would be allowed. This was Renault’s way of trying to eliminate one of the reasons the Mercedes and Ferrari power units had a power advantage over it – both those engine manufacturers had found ways of gaining performance from the burning of oil in the combustion chambers.

On first hearing, it sounds counterintuitive that adding oil to the gasoline would do anything other than reduce power, and that would certainly be the effect if you tried it with any normal engine. But the devil in the detail is that F1 engines are “fuel-flow limited.” Fuel is not allowed to flow into the engine at a rate any greater than 100kg (220lbs)/hour (that’s not an average, but an instantaneous peak).

That is the crucial factor that has led the engine designers to find cunning ways around the limitation – specifically, by way of the contents of the oil tank, only some of which is required to lubricate the engine. Mercedes is believed to have been the first to implement the practice, with Ferrari following on last year, once it had discovered what Mercedes was up to. 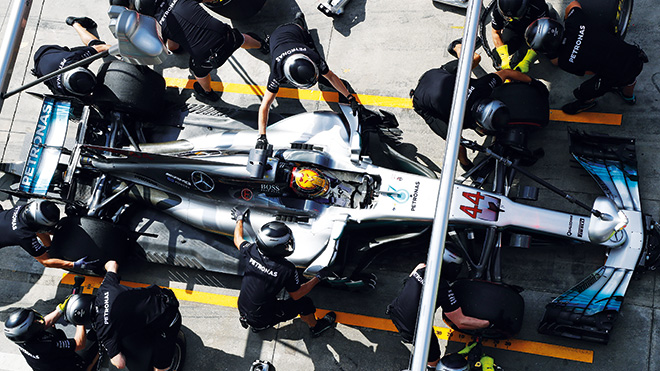 There are at least three ways that oil burn could be used for performance gain.

1) The maximum regulation fuel flow effectively puts a ceiling on engine revs. Although there’s a regulatory rev limit of 15,000rpm, none of the current engines get anywhere near that, typically running only to around 12,500rpm because that’s as fast as they can rev before being strangled by the fuel-flow limit. But if you could get some other combustibles in there in addition to the fuel, you’d have the capacity to burn more – and to stretch out the maximum revs.

Of course, the oil is not as combustible as the fuel. But that’s not the point. You are not allowed to squeeze in the fuel any faster than a peak rate of 100kg/hour. Burning oil as well just increases the total amount of “stuff” the engine can burn. So the fact that the oil will not burn as well as the fuel – and that adding the same extra amount of pure fuel would be much more effective – isn’t relevant. You’re not allowed to burn any more pure fuel, so there’s more to be gained from the extra quantity of other stuff to burn than there is loss from the lower combustibility of the mixture.

The thing that has made burning oil effective in this case is the fuel-flow limit. So for overtake and qualifying modes, engine manufacturers have devised valves in the crankcase which, when closed, increase the pressure there, forcing some of the oil and oil vapor into the combustion chamber – either via the airbox (where excess pressure can be vented) or up past the piston rings. 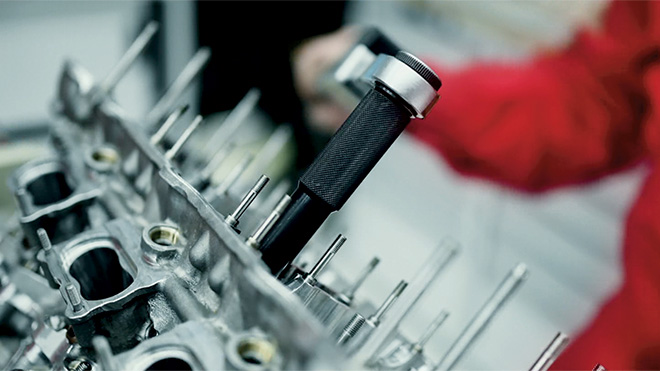