Citing a lack of driver entries, the World Series Formula V8 3.5 has canceled its 2018 racing season.

Series promoter RPM-MKTG announced the closure of the single-seater series, which was created with the goal of “helping parents and relatives build driver careers by providing the best possible single-seater at the lowest cost.”

“Starting with the brand-new Formula Nissan in 1998, our commitment and goals went much bigger as Formula Renault 3.5 Series was created in 2005. As a result, 25 drivers have reached the pinnacle of motorsport  – that is, Formula One – in this era. Stars such as Fernando Alonso, Sebastian Vettel, Carlos Sainz and Daniel Ricciardo are some of them.

“This huge success has been achieved thanks to the emotional spirit of a single concept: “the power of dreams.”

“Since 1998 we have shared our dreams with hundreds of friends, team owners, engineers, mechanics, racing drivers and, above all, with the drivers’ relatives. They have made the careers of all those young talents possible by means of their unlimited sacrifice.

RPM-MKTG continued by saying a series return might be possible and it will keep track of evolution of all European-based single-seater series, their associated costs and participation figures. 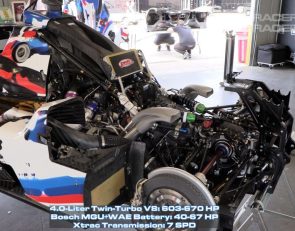