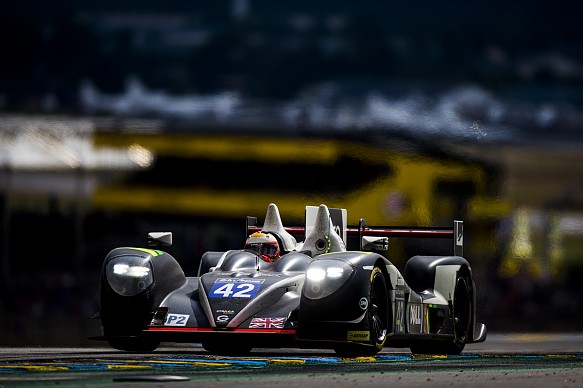 Ex-Formula Renault 3.5 and GP3 driver Lewis Williamson will make his sportscar debut with the Strakka LMP2 team in the Nurburgring World Endurance Championship round later this month. The Briton, who races for the British outfit in the Renault Sport RS01 Trophy, will take the place of team regular Danny Watts for the German event on July 24.

Williamson will share the Strakka Racing Gibson-Nissan 015S with team owner Nick Leventis and Jonny Kane. Watts will remain a Strakka driver, but the team has yet to confirm its line-up for any of the five WEC rounds after the ‘Ring.

Strakka team principal Dan Walmsley said: “We felt we could use this weekend to put Lewis in a race weekend and gauge his performance against one of the most competitive LMP2 fields we have witnessed in sportscar racing in recent times.

“His pace in the RS01, his approach in the simulator and his efforts at the factory are worthy of an outing in WEC and we want to see how he performs.

“We are in the process of evaluating all our options for 2017 – our race program, drivers, the lot.”

Williamson, who tested the Strakka Gibson in Bahrain at the end of last year, described the drive as “an immense opportunity.”

“Strakka has given me a chance very few drivers get and I intend to make the very most of it,” the 26-year-old said.