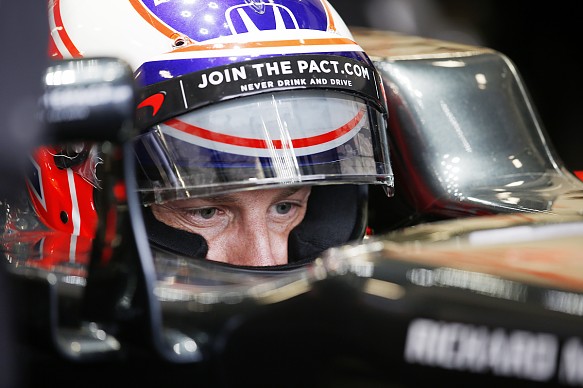 Jenson Button says reaching the British Grand Prix podium remains a key goal in Formula 1 but concedes it will be difficult to achieve this year.

The McLaren driver has not stood on the podium in his home race in 16 attempts, with his best result fourth in 2004 (pictured below), ’10 and ’14. Button finished sixth at the Red Bull Ring in last Sunday’s Austrian Grand Prix, a result he said he was “amazed” by.

“Finishing on the podium at the British Grand Prix is top of my to-do list in F1,” he said. “I’ve achieved pretty much everything else that I set out to do in F1, but I’ve never stood on the podium at Silverstone. I really want to do that and it would feel like a victory if I were to achieve it.

“The result in Austria last week really motivates everybody, and it raises everyone’s expectations, too.

“It would be lovely to be able to claim that a podium this year might finally be possible, but, being realistic, that won’t be possible this time. But I head to Silverstone feeling hugely encouraged by our progress, and just what we can achieve as a team when the variables are thrown into the air and all the teams are left to somewhat improvise: we can do great things.”

Button also qualifying fifth in Austria, but he expects a tougher grand prix at Silverstone unless the weather intervenes.

“The car was working well around Austria with the set-up changes we made so that should help us for Silverstone as well,” said the 2009 world champion. “But we’re not going to be qualifying fifth – unless it rains, which is always possible as it is the British Grand Prix after all.”

McLaren racing director Eric Boullier added: “Jenson’s result in Austria showed that, when everything comes together, we can perform operationally at a high standard. But, equally, the issues that affected Fernando [Alonso] on both Saturday and Sunday show that we still need to raise our game on every front.” 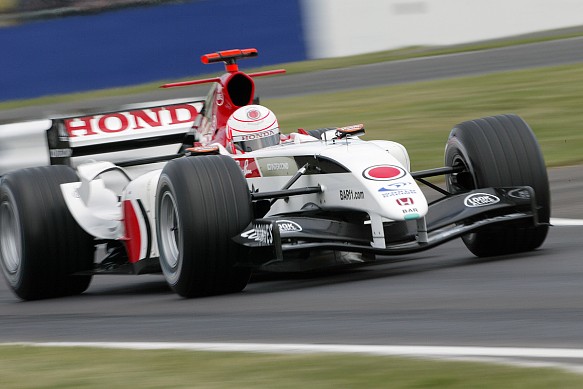