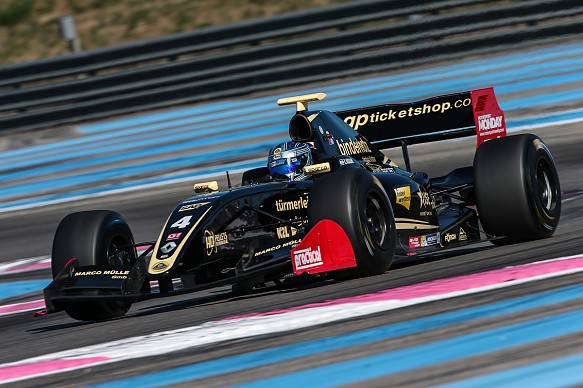 The race one runner-up enjoyed a three tenths of a second margin over Saturday winner Egor Orudzhev in qualifying thanks to a lap of 1m47.933s, recorded just 10 seconds before the session’s checkered flag.

“It was a really good lap where I was able to combine everything,” said the Israeli. “It was not easy to avoid traffic, but I was able to set pole on my second lap.

“It is a bit surprising because the peak of the tire is in the second sector, because of the heat here. From yesterday, we just made an adjustment on the setup according to the wind, but nothing special, as I liked the car from the first moment that I drove it on Friday.”

Nissany, whose last pole was in Formula Lista Junior in 2010, was excited about the prospect of repeating his opening race battle with Arden driver Orudzhev.

“I didn’t initially see where Egor finished, but if he’s second on the grid then we did this to make it exciting for you guys, that’s the most important thing.”

Rene Binder, in the second Charouz-run Lotus entry used a different type of brake disc from Saturday in attempt to address a brake-feel issue.

“I am not happy,” said Binder who will start from seventh ahead of AVF Formula’s Alfonso Celis Jr. “We had new discs. I got them to work in the beginning but then I struggled with the brake bias. We need to investigate it, as it was different problem to yesterday.”