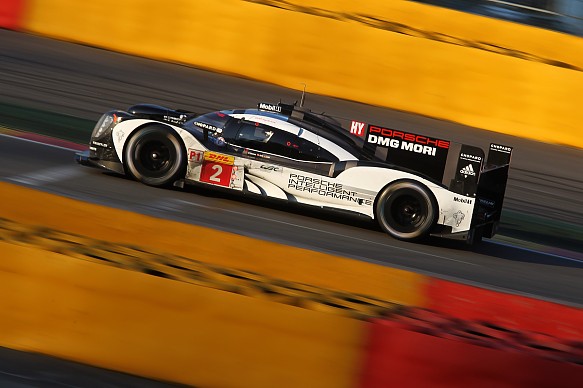 Porsche has reverted to last year’s specification of battery for the Le Mans 24 Hours and the remainder of the 2016 World Endurance Championship. The German manufacturer made the decision in the wake of the hybrid system problems that hit the #2 Porsche 919 Hybrid at last month’s Spa WEC round.

“The problem we had with the battery came as a surprise and we found out afterwards in analysis that we had to a production issue with the battery cells,” Porsche LMP1 team principal Andreas Seidl explained. “We had to make the call to go back to an older spec of cells that we used in 2015.

“It is clear that reliability comes first, so it was an easy call to make.”

Porsche had been besting its upgraded hybrid system since late last year and had not encountered the problem that afflicted the car driven by Neel Jani, Romain Dumas and Marc Lieb at Spa. Seidl would not comment on whether the reversion to last year’s battery would have an impact on performance. He stressed that the Porsche factory team still “felt better prepared than ever before” ahead of the defense of its Le Mans crown on June 18-19.

“We had our best-ever endurance test at Aragon after Spa – we would have completed the distance at Le Mans without any problems,” he said.