Overcome by a broken exhaust header that filled the cockpit of the No. 10 Corvette DP with noxious fumes, Angelelli persevered over the final laps of the 24-hour race and held onto take second. Sickened by the fumes, Angelelli remained in hospital overnight and regained enough strength to catch a flight on Wednesday, where he was greeted by his sons upon arrival (ABOVE, photo courtesy of Max Angelelli).

Partnered with Ricky and Jordan Taylor, and Formula 1 veteran Rubens Barrichello, Angelelli came within 26 seconds of earning the team’s first victory at IMSA’s season opener for the WeatherTech SportsCar Championship. 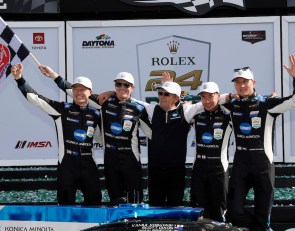 Is Le Mans a possibility for Rolex 24 victors WTR? 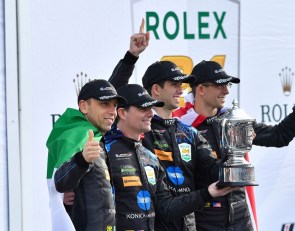 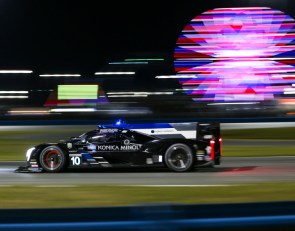