Jenson Button admitted he was at fault for the first-lap incident that consigned his McLaren to a 12th-place finish in the Abu Dhabi Grand Prix.

After a disappointing qualifying session, Button locked up under braking for Turn 1 at the start and made contact with the back of Paul di Resta’s Force India, breaking his front wing. He attempted to continue but pitted on the third lap for a new wing, switching to the soft tire in the process, before stopping again on lap 11 and running to the end on the medium-compound Pirellis.

“I suppose you make your own luck, and starting down in 12th you’ve got to expect a little argy-bargy,” he said. “I just locked both fronts into Turn 1, a car on the right came across and I just couldn’t slow the car down and drove into the back of Paul.

“It was my fault. It broke the front wing and made the rest of the race difficult.

“In a way, to finish 12th and that close to 10th isn’t so bad considering how far we were behind. It was a good race in terms of performance but I didn’t make the most of it.”

Despite his misfortune ” the third time in four races he has been involved in contact on the opening lap ” Button believes McLaren can end a difficult season on a relative high in the final two races.

“It’s not really going my way,” he said. “The car’s been there in the last three races, just in the wrong place at the wrong time. I’m laughing at how bad it’s been but it has to change, and it will.

“I’m looking forward to next year, you could say that. I can’t wait [for the season to end] but I still think we can have some fun in the next two races, I just need get through lap one.” 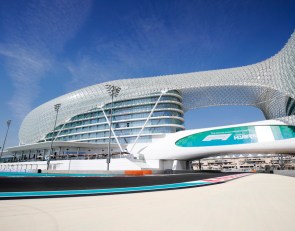