Andreas Seidl will leave McLaren in order to take up the role of CEO at Alfa Romeo ahead of Audi’s entry into Formula 1 with the team, as Andrea Stella replaces him as McLaren team principal.

Audi has already announced it will partner with Sauber –– currently known as Alfa Romeo until the end of 2023 — from 2026 onwards and is working on its power unit while building up its facility in Germany.

Seidl is a former Volkswagen Group employee as team principal of the Porsche World Endurance Championship effort prior to joining McLaren, and despite an impressive job since returning to F1 in 2019 he will leave to take over as CEO from Ferrari-bound Frederic Vasseur.

“I joined McLaren in 2019 and have really enjoyed working with Zak (Brown, McLaren Racing CEO) and the team,” Seidl said. “We have achieved some good results, and I will always have fond memories, with Monza being a personal and career highlight. The team is on a great trajectory, and I would like to thank everyone for their support, trust and commitment.

“Thanks to Zak and the shareholders for their understanding of my personal decision to move on to another challenge. I wish Andrea and the team all the best for the future.”

Seidl’s departure makes him the fourth team principal to leave their position since the end of the 2022 season, following Binotto, Vasseur and Williams team principal Jost Capito. McLaren’s former executive director of racing Stella replaces him, having been with the team for a number of years.

“I feel privileged to take on the team principal role as the next stage of being part of the McLaren F1 team,” Stella said. “I am grateful to Zak and the shareholders for their trust in me and to all my colleagues and those who have supported me throughout my F1 career.

“We are realistic about the amount of work ahead of us to move back up the grid, but I am excited and encouraged that I am in this journey together with a team full of talent, experience, racing spirit and dedication. I look forward to working closely with each of them, Lando and Oscar, to together achieving great success and enjoying the journey.” 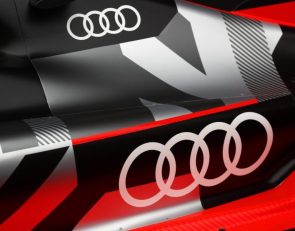