The FIA World Rallycross Championship has revealed its 2023 schedule which will see the series race outside of Europe for the first time since 2019.

Ever since the onset of the COVID-19 pandemic, World RX — in spite of its name — has been restricted to racing in Europe, but 2023 will feature a return to South Africa for two rounds, as well as a doubleheader in Asia at a yet-to-be-named location.

“We are pleased to present the 2023 World RX calendar, which we believe represents the very best of rallycross and which has been the subject of a huge effort behind the scenes in recent months,” said Arne Dirks, executive director of Rallycross Promoter GmbH. “It clearly looks slightly different to recent seasons, and we are delighted to finally be ‘spreading our wings’ and venturing outside of Europe again.

“Ever since taking over as promoter of this great championship, we have been committed to returning to Cape Town to showcase World RX in front of the enthusiastic South African fans, and we are hugely excited to be adding a new event in Asia to the lineup, which truly underscores the series’ world championship credentials.”

While the inclusion of South Africa and Asia are welcome shots in the arm for the series, the 2023 schedule doesn’t include any visits to the Americas. Circuit Trois-Rivières in Canada was a mainstay on the schedule from the series’ founding in 2014 until 2019, while the series also visited Circuit of The Americas in 2018 and Argentina between 2014-16.

GP3R will instead play host to Nitro Rallycross, hosting the upcoming round of the U.S.-based series’ 2022-23 schedule. The all-electric off-road Extreme E series also is exploring the possibility of a race in the U.S. as well as Brazil next year.

While the Americas are off the cards for World RX for the time being, the series is returning to a number of traditional venues in Europe next year. Lydden Hill in the UK, Mettet in Belgium, and the Estering in Germany will all be back, having previously been axed in favor of largely unpopular courses at grand prix venues.

Lydden Hill, which last hosted a World RX round in 2017 (and hosted the Nitro Rallycross opener this year), was replaced by Silverstone in 2018 before the UK was dropped entirely from 2020. Mettet made way for Spa-Francorchamps in 2019, while the Estering’s spot was filled by the Nurburgring in 2021 and ’22 after a two-year absence for the country.

“The re-introduction of three charismatic European venues in Lydden Hill, Mettet and Estering reflects our desire to celebrate rallycross’ rich heritage and traditions while embracing the sport’s electric future,” said Dirks. “Similarly, the large crowds seen at Hell, Holjes, Montalegre and Nyirad (in Hungary, host of European Rallycross races in 2022 and ’23) this year are testament to those circuits’ enduring appeal. We can’t wait to go racing!” 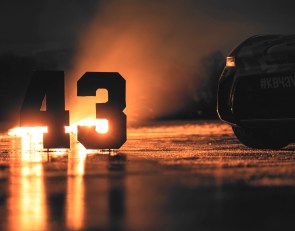