Robert Noaker was the lone Trans Am Series presented by Pirelli participant in Australia’s Turtle Wax Trans Am season finale at Bathurst, representing the United States in the Turtle Wax 100. Although the 18-year-old did not have the performance he’d hoped for, he had a once-in-a-lifetime experience at the 3.86-mile/6.213-kilometer Mount Panorama circuit.

Qualifying 12th in his No. 33 Franklin Road Apparel Dodge Challenger, Noaker experienced an engine problem in Race 1 of the weekend, resulting in a 14th-place finish. He picked up six positions in Race 2 and was hopeful going into the 15-lap Turtle Wax 100. Starting 11th in the main event, Noaker quickly moved up to seventh, where he ran for a majority of the race. Unfortunately, his transmission overheated and broke on the last lap, dropping him to 16th overall.

“The track was just fantastic, there is nothing else like it in the U.S., let alone the world,” said Noaker after the event weekend. “It’s just something about the elevation, walls, and the two long straights to let the car stretch its legs, mixed with the history and heritage of the track that makes it magical.

“The tricky part of the learning curve was the car. The tires used over there are a lot harder compound, so you really have to muscle the car to get the tire to do what you want and to get pace out of them. The aero package is different as well, with a smaller rear wing and smaller front splitter. Overall, with the tire and aero, the cars move around a lot more than our cars. The schedule was also a bit different with three races instead of one long one, the first two being a third of the normal length I’m used to, and the third being 40 minutes.”

Back-to-back Turtle Wax Trans Am champion Nathan Herne, who made his American Trans Am debut at Circuit of The Americas at the beginning of November, enjoyed the perfect weekend in his No. 1 Valvoline Team GRM Ford Mustang. Herne was quickest in the weekend’s two practice sessions, and after earning the pole in qualifying, he converted his first-place start into wins in all three of the weekend’s races.

The Turtle Wax Trans Am Series is the highest level of Trans Am competition in Australia, with cars built to a controlled TA2 formula to achieve a level playing field and cost-effective racing, just like TA2 in the United States. The series is one of Australia’s strongest and fastest-growing racing categories with more than 80 TA2 racing machines in the country.

The United States’ Trans Am Series presented by Pirelli season will kick off at Sebring International Raceway on February 23-26. The 2023 schedule for the Turtle Wax Trans Am Series in Australia is yet to be announced. 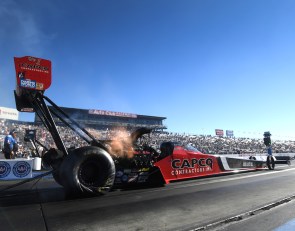 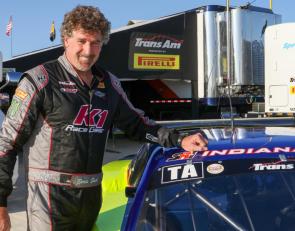