Daniel Ricciardo could join the ESPN broadcast team as part of expanded coverage in 2023 when he takes a year out from racing in Formula 1.

The Australian will leave McLaren at the end of the year and has already confirmed he won’t be taking the Haas vacancy, instead looking likely to fulfill a reserve role. Alongside that, RACER understands ESPN is considering inviting Ricciardo to be involved in its shoulder programming, potentially replicating the Manningcast show that forms part of its NFL package, where Peyton and Eli Manning provide alternate coverage of Monday Night Football games.

“He’s obviously a tremendous personality that really resonates with the fans, especially in this country,” ESPN president of programming and original content Burke Magnus said on Saturday. “So nothing specific there, but I don’t think it’s a stretch. I have no idea what he’s interested in doing honestly, but he’s certainly got the personality for our line of work, I would say.”

Magnus said trying to cross-pollenate with ESPN’s other properties is going to be the main aim over the next three years of the broadcaster’s new deal.

“Nothing’s out of the question,” he said. “For those who know us, we like those kinds of things. We did College Gameday from the COVID Masters that happened in November of 2020. so we’re up for anything. I think it’s critically important to see F1 drivers through the context of American sport.

“We did a feature last year where we highlighted the friendship that Daniel Ricciardo has with Josh Allen of the Buffalo Bills – certainly one of the best NFL quarterbacks going right now. So trying to integrate F1 into our entire portfolio through creative ways of presenting content is definitely top of mind for us.

“We haven’t made any firm decisions but Manningcast, for example, that we do on Monday Night Football, something like that for Formula 1 would be incredibly interesting as well – an alternate presentation above the race that could help sweep in casual fans. The upside in our business is always the casual fan. The avid fans are going to be there, the upside is getting more casual fans and creating avid fans of them.”

However, Magnus said any changes won’t stretch to ESPN’s own race-day production, as it will continue to take the Sky feed and announcers.

“We’re really pleased with Sky’s production of the races themselves,” he said. “We’re focused on a next step for us, which is to build around their production of the races and do more ancillary and shoulder content that has our flair to it. Especially in this hemisphere – you see what we do when the race was in Miami, you see what we’re doing (at COTA), the race in Mexico City, the race in Brazil, Vegas next year, having a more consistent presence on-site.

“Having more and deeper highlights on SportsCenter through our editorial coverage – all of that is on our drawing board. As far as I’m concerned, the Sky production of the race is incredible, it’s top-notch, it’s world class, high quality. I’m not sure we could replicate that ourselves without a lot of time, effort and expense.

“So I see that as what we’re going to continue on the race broadcast, but we want to build around it with ESPN content, pre-races, post-races, news and editorial coverage, shoulder programming, that kind of thing.” 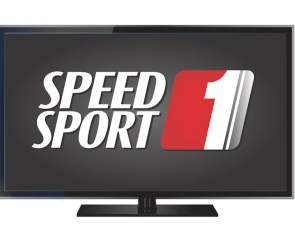