Elvis Rankin and Jeshua Alianell traded victories at Sebring International Raceway in Round 6 of the Skip Barber Formula Race Series. Sebring hosted the new Skip Barber Formula Car for the first time this past weekend, with most of the field experiencing the historic 3.7-mile circuit for their first time.

At the start of Race 1, the field spread three wide but most of the drivers maintained their position through the first set of corners. Rankin began to work his way to the front, passing Krug and working with Alianell to check out from the rest of the field. Rankin and Alianell began to trade passes and finished the race in a side-by-side photo finish with Alianell taking the win by a margin of 0.086s over Rankin. Gade maintained great pace and kept his car clean to take the final step on the podium.

The field for Race 2 was set by the fastest lap time in Race 1, which put Rankin in pole position with his fast lap of 2m17.919s. Alianell claimed the outside front row starting position after running an almost identical lap time to Rankin with a 2m17.977s. In a similar fashion to Race 1, Rankin and Alianell made it a race between two drivers by checking out from the rest of the field. However, the Race 2 finish would see a larger gap between the two drivers as Rankin claimed the Race 2 victory over Alianell with a margin of 0.504s. Krug bounced back after a spin in Race 1 to take the third-place podium finish in Race 2.

With only one round remaining in the Skip Barber Formula Race Series, Rankin maintains the overall points lead with 377 points. Alianell sits in second place, 13 points behind Rankin. Third place in points is Krug, followed by Gade. William Lambros rounds out the top five in the overall points championship. In the Master’s division, Bob Perlmutter is on top of the charts with 135 points. Rocco Orlando still holds on to the second-place position in the points with Quentin Wahl in third. Edgar White and Nathaniel Duckles round out the top five in the Master’s division. 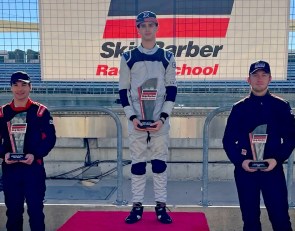 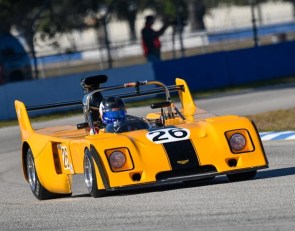 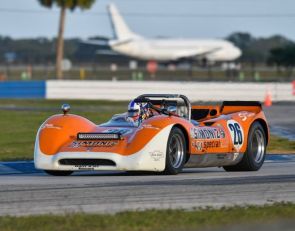