“I’m excited to welcome GYM WEED and ALTWELL to the SpeedTour family,” said Tony Parella, CEO of SpeedTour, SVRA and Trans Am. “This is a very exciting time for both companies — especially GYM WEED, who is just beginning their market launch. We are thrilled that they elected to include SpeedTour as part of their go-to-market strategy, and we look forward to helping them expand their brand awareness and establish a customer base.”

Both brands are already active in the paddock through relationships with Trans Am competitors and team owners Chris Dyson, Greg Pickett, Tomy Drissi and Paul Gentilozzi.

Defending champion Dyson, driver of the No. 20 GYM WEED / ALTWELL Ford Mustang, currently leads the Trans Am National Championship’s TA class point standings with five wins this season. Dyson is trailed in the point standings by 2009 Trans Am Champion, Drissi, who drives for the all-time winningest Trans Am driver and five-time Champion, Gentilozzi.

Pickett, the Chairman of the Board and co-founder of GYM WEED, is a long-time competitor and races in the TA class in the Trans Am Series presented by Pirelli’s Western Championship on a part-time basis. Pickett captured his first pole of the season at Thunderhill Raceway in April. In May, he secured his first podium of 2022, placing third overall and first in the Western Championship at Sonoma Raceway.

“It’s an honor to get involved with SpeedTour on a broader level,” said Pickett. “I enjoy racing in the Trans Am Series Western Championship, and love watching Chris [Dyson] compete at the national level. The atmosphere and paddock community at a SpeedTour event is unmatched; this partnership will provide us with an excellent opportunity to gain awareness and enthusiasm around our products.”

GYM WEED will kick off its SpeedTour activation next weekend at Watkins Glen International for the Watkins Glen SpeedTour and Hilliard U.S. Vintage Grand Prix. One of the most prestigious events on the 2022 SpeedTour calendar, hundreds of drivers and thousands of spectators are expected at the four-day event in Upstate New York. In addition to a branding presence around the event, the companies will offer product sampling in the fan midway.

Tickets for the Watkins Glen SpeedTour are available now at TheGlen.com. 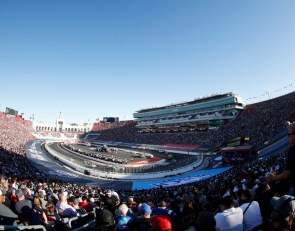 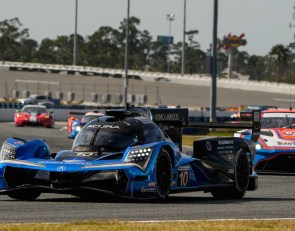 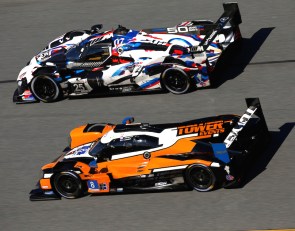