NASCAR will celebrate wide-ranging international representation on Sunday at Watkins Glen as drivers from seven countries compete in the Cup race – the most in the series’ history.

Kimi Raikkonen of Finland is the headliner as he makes his Cup Series debut with Trackhouse Racing. The 2007 Formula 1 world champion has competed in NASCAR before but never at the highest level. His arrival has been surrounded with plenty of excitement as he’s gone through the preparation paces.

Another former-F1 driver, Daniil Kvyat (Russia), is set to make his second series start. There is also Loris Hezemans (Netherlands), Kyle Tilley (England), and a two-time winner of the 24 Hours of Le Mans, Mike Rockenfeller (Germany). Sunday will also be Rockenfeller’s Cup Series debut. Cup Series regular Daniel Suarez hails from Mexico, while the balance of the field is from the United States.

“This is exciting to me this weekend because one of the things we’re always trying to do is grow the sport globally,” Chad Seigler, NASCAR vice president of international business, told RACER.

When thinking about NASCAR’s reach outside of the United States, what first comes to mind is likely the Pinty’s Series that races in Canada or the Whelen Euro Series. And those are big deals, but for Seigler, it’s more than that. He uses Suarez and Hezemans as examples. Suarez came out of Mexico with limited U.S. experience and connections and is now a Cup Series winner.

“I always get asked the question, ‘Who is the next Danny Suarez?’” said Seigler. “But I also look at the 27 car and Loris [Hezemans]. Loris is a guy that came through the Euro Series, won a championship, but even further than that, his family that is running this Next Gen car got their first exposure of NASCAR through the Euro Series.”

The other reason NASCAR officials are excited about the multitude of drivers running this weekend is that it shows how exciting stock car racing is and that it is one of the top motor sports properties in the world by having top drivers from other disciplines want to experience NASCAR.

“Something else that I don’t think gets talked about enough that is good for us this weekend is we’re currently broadcast in 185 countries and 21 languages,” Seigler said. “That’s just another way for us to have more reach.

“Anytime we start thinking about growing the brand, our most high-profile brand is the Cup Series. So, the ability to make that more appealing to an audience that’s what I’m excited about.”

While it would be great to see any one of the new faces put on a good show, their performance in the Go Bowling at the Glen doesn’t matter. For NASCAR, having such diverse representation in an event gives them exposure in two ways.

Those who tune in to see the likes of Raikkonen, Rockenfeller, and others mean NASCAR racing will reach those fan bases. On the flip side, the already existing NASCAR fan base will be exposed to six drivers, backgrounds, and forms of racing perhaps unfamiliar to them.

“I’m a big believer that if you look at any sport, the more global your brand gets, the better it is,” Siegler said. “I think for us as an industry, and I literally say it this way, there is this whole world out there that we’re potentially not touching.

“We know we have a strong reach and strong saturation in the U.S., but where do we go next?”

Seigler said NASCAR had seen a significant car count increase in Canada this year with the Pinty’s Series. Driver development out of Mexico has been “great,” as Seigler pointed out, it’s not just about Suarez but a young driver like Max Gutierrez (pictured below), who won in the ARCA Menards East Series last year and has made three Camping World Truck Series starts this season.

“Mexico is also really important for us because if you look at those key pillars of how important that Hispanic market is for us in the U.S., there’s a natural crossover,” said Seigler.

With the series in Europe, what has traditionally been 12 rounds over six weekends should expand to 14 races over seven weekends next year. Valencia, Spain, is one of the biggest events drawing 25,000 people, and Brands Hatch outside of London, England, is traditionally 35,000 to 40,000 people.

“The one thing [that is] unique about Europe is they embrace the Americana culture,” Seigler said. “If you go to one of our events in Europe, you’re going to see probably more American flags than the country we’re in, and there’s a lot of country music and car shows.”

“Those are things that we all know NASCAR generally resonates with,” Seigler said. “You look at the obvious markets, and it’s not hard to figure out. Asia, as a whole, you have a massive population. There are places like Japan where we’ve had success going to in the past. We have partners like Toyota who have come to NASCAR.

“Places like South America and Brazil where you have these just unbelievable driver development programs and culture. Then you look at places like the Middle East. We want to look at those markets very carefully and make sure we can go in there and be successful.

“Our business model is not to take one of our national series and pack it up and ship it around to seven different countries. What we’d like to do is go into a market, work with a partner and create a series, create local homegrown stars, homegrown ownership. So if you look at what we do, we don’t want a country to feel we’re coming to visit for a week and leave. We want them to feel that we want to be a part of the community.” 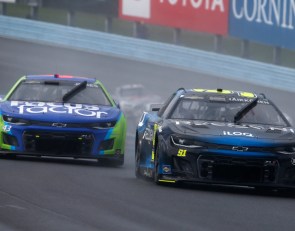 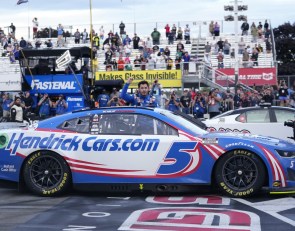 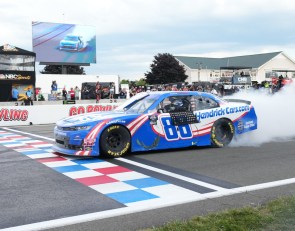