Goble topped the TA2 speed chart in his No. 69 Brown Bros. Ford Mustang and was fastest overall in the weekend’s only official practice session, laying down a lap time of 1m38.893s. Goble, who comes from Formula Drift, is making his first-ever Trans Am start this weekend. Jeff Holden, who has won the last two Western Championship TA2 events in his No. 11 Dakota Lithium/RelaxandCBD.com Chevrolet Camaro, followed Goble with lap time of 1m40.358s. Ken Sutherland was third with a time of 1m41.397s, which was a major accomplishment after he lost his brakes and crashed hard in yesterday’s test session. His team’s quick work and a new front clip allowed him to get back on the track today. Dave Kinicki in the No. 67 Blue Max Camaro and Michael Fine in the No. 66 Architectural Glass Systems Inc. Camaro rounded out the top five with times of 1m41.589s and 1m42.047s respectively.

In the SGT class, first-time Trans Am entrant Anthony in the No. 23 Prime Roofing BMW M3 was quickest with a time of 1m41.431s, followed by another series newcomer, Xuanqian Wang, who ran a 1m41.643s in his No. 22 AURALIC North America McLaren 570S GT4. Howard Johnston in the No. 32 IWS Acquisition Group Mustang was third with a time of 1m47.009s.

With ideal track conditions later in the day, speeds only got faster in qualifying, where both classes recorded new track records. Goble backed up his practice time with a blistering-fast 1m38.871s, earning the Motul Pole Award. TA2 competitors Holden (1m39.900s) and Sutherland (1m41.060s) were once again second and third. Fine was fourth with a 1m41.594s, and Mitch Marvosh in the No. 29 Wolf Entertainment Ford Mustang joined the top five with a 1m43.207s.

“I’m a little surprised we’re up here on the pole since this is our maiden voyage in this Trans Am car; we haven’t done any testing and this is my first time driving the car,” said Goble after his pole-winning run. “The TA2 class is awesome. I raced Spec Miata in 2011 and then moved into drifting, and this car reminds me a lot of the Spec Miata. It’s the right recipe. I was lured to the series by the tough competition and the parity between cars in a class that’s fast and fun to drive. After running the Formula Drift series, it’s nice to shift focus back to road racing. I grew up in go-karts, but hadn’t been behind the wheel of a TA2 car at all before this weekend. I’m really excited to be on the pole, and hopefully we can carry the momentum into tomorrow.”

“This is my first time in the Trans Am car and on the Pirelli tire, which is a great tire, and first time with this format in Trans Am, and it’s been a great experience so far,” said Anthony after qualifying. “My car may have even had a faster lap in it, but we’ve got an hour-long race tomorrow and we need to conserve those tires. The car handled a lot better than yesterday; we made some pretty dramatic changes after I broke an axle in testing. She’s quick, she’s special, she’s very custom, and she’s kind of a drama queen, so if I can keep it together without breaking something tomorrow, we should be good.”

Round 4 of the Western Championship will be contested on Sunday, June 12 at 2:10 p.m. PT/5:10 p.m. ET. Keep up with the event with live timing and scoring, which will be available at https://gotransam.com/livetiming. 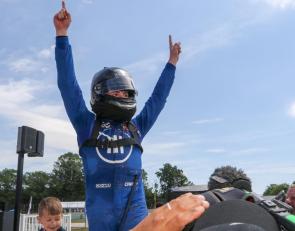 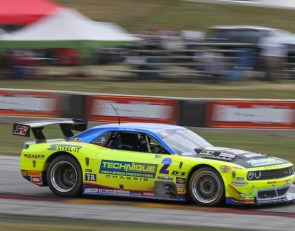 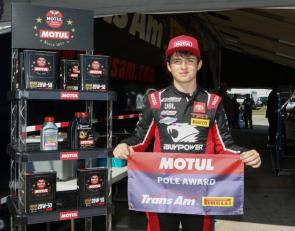