This past weekend, the Skip Barber Formula Race Series kicked off the 2022 season at Lime Rock Park alongside SVRA and the TransAm Series.

Rainstorms rolled into the hills of Lakeville, Connecticut, for the qualifying sessions on Saturday. 2022 Skip Barber Formula iRacing Series runner-up Elvis Rankin swept the day, claiming pole for Race 1 and Race 2. Joining Rankin on the front row for both races was series veteran Dean Lambros. Mikkel Gade, 2022 Skip Barber Formula iRacing Series Champion, drove his way to third for both qualifying sessions in his first time in rain conditions in the formula car.

Race day weather was perfect, allowing the drivers to experience the 1.53-mile road course in dry conditions. Experience shined through in the first race as Lambros was able to pick up the first race win after working around polesitter Rankin early and defending last year’s Skip Barber Formula Race Series Champion Johnny Guindi and runner-up Jeshua Alianell. Rounding out the top five in Race 1 was William Lambros, who dropped from the front pack.

The new blood of the Skip Barber Formula Race Series was able to fight back in Race 2 as Rankin led the field to the green flag and, after a short battle with Dean Lambros, never looked back and led the rest of the race. At the checkered flag, Rankin had an over 8-second gap to the rest of the field.

Bobby Krug fought his way from the fifth to the runner-up spot after carving his way around the Lambros duo and defending a hard-charging Alianell, who started from the rear due to an off-track penalty in qualifying. After starting the race from 12th, Alianell took the final step of the podium but only missed out on second place by 0.019.

The return of the Masters class to the Skip Barber Formula Race Series saw outstanding racing from the 35-year-old and up drivers. Jimmy Dai swept the weekend, winning both feature races. Bob Perlmutter and Rocco Orlando switched spots on the podium as Perlmutter placed runner-up in Race 1 and Orlando finished runner-up in Race 2.

After the first round of the Skip Barber Formula Race Series, Rankin leads the overall points standings by 2 points over Dean Lambros. Alianell, Krug and Guindi round out the top 5. In the Masters class, Dai leads Perlmutter by 3 points. Check out the rest of the final points standings by clicking here, and learn more about the Skip Barber Race Series by clicking here. 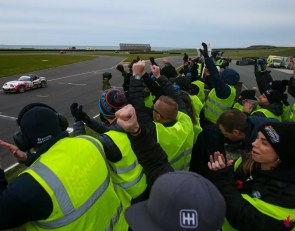 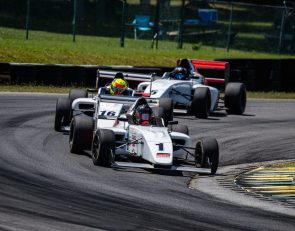 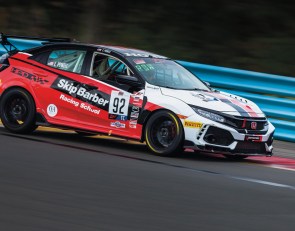