The SCCA Hall of Fame is currently accepting nominations for the 2023 class of honorees, with a deadline of June 15, 2022, to make the next field of candidates. Previous inductees have come from every Club activity and from every era of SCCA’s history. Any SCCA member can submit a nomination to the Hall of Fame Committee.

The purpose of the SCCA Hall of Fame is to preserve, protect and record the history and accomplishments of the Club for current and future members by recognizing those who have had a significant impact on the Club and the sport. This may be through service to the National organization, achievements in competition, advancement of the sport, or bringing recognition to the SCCA that inspires enthusiasts to seek out and become SCCA members. Since 2005, a wide array of individuals have been inducted into the SCCA Hall of Fame.

Submissions should be approximately two pages in length and summarize the nominee’s background and reasons for consideration. The goal should be to help the SCCA Hall of Fame Nomination, Legacy and Selection Committees understand why and how the nominee was impactful.

Submissions should be more than just a resume. Ideally, those preparing submissions will paint a picture as to why their nominee should be considered. Include when the nominee joined the SCCA, the nominee’s Region affiliation, and the offices held or competition accomplishments of the nominee. It is also important to note how the nominee shaped SCCA as a National organization.

Multiple independent nominations for a candidate will be gladly accepted. This is a chance for SCCA members to leave a permanent mark on our Club by being the one responsible for nominating a member for next year’s Hall of Fame class.

Those submitting nominations should include their own email address, phone number or mailing address in case they need to be contacted for more information about a nominee. And while the deadline for the 2023 SCCA Hall of Fame is approaching, members are encouraged to submit nominations throughout the year, regardless of the deadline.

Also, the Hall of Fame Nomination, Legacy and Selection Committees would like to thank all of the Club members who expressed interest in serving on one of the SCCA Hall of Fame committees. So many people volunteered their service that not everyone could be chosen to fill the limited vacancies created annually by the program’s staggered term limit structure. However, please note that new vacancies will emerge next year, and those gracious volunteers will be considered once again. 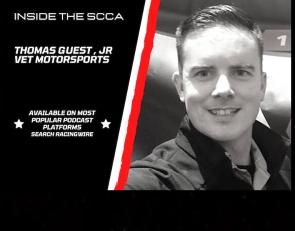