The Skip Barber Race Series wrapped up its season this past weekend at Indianapolis Motor Speedway. The championship came down to the final round as last year’s champion Johnny Guindi led going into the weekend with rookie hot shoe Jeshua Alianell only 64 points behind. Varying weather conditions kept all 10 drivers in the field on their toes throughout the weekend.

Wet tires were mounted to the formula cars for Race 1 after morning rainfall dampened the track. Byrd led the field through the first set of corners until he made a mistake at the end of Hulman Boulevard causing him to miss the corner and come into the pits early in the race. The lead would be relinquished to fourth-place qualifier William Lambros. Alianell passed Brown in the first lap as well, taking over the second-place spot. Alianell pushed hard to catch Lambros but wasn’t able to seal the deal as Lambros would claim the win in Race 1. Bobby Krug maintained a solid consistent pace and worked his way up from seventh place to the final podium position.

The track dried up for the final race of the 2021 season. Going into Race 2, Alianell was in a must-win situation to make up the points deficit on Guindi. At the drop of the green flag, the Top 4 went 4-wide as they all were going for the top spot into turn 1 but Alianell got to the lead as polesitter Byrd went back to fourth. Brown began to work his way up to battle Alianell as he passed Lambros for third. Meanwhile, Nathan Byrd began to run the fastest lap times and make his way back to the front. Little by little, Byrd was able to make passes and eventually chased down Alianell and passed him for the lead. As the laps ended, Brown was also able to work around Alianell as Alianell’s championship hopes faded. Byrdman claimed his redemption win in Race 2 after his Race 1 mistake the day before; Brown and Alianell held on to their podium positions. 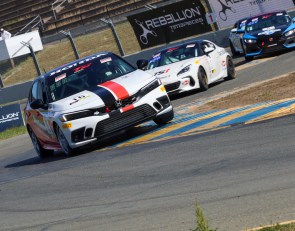 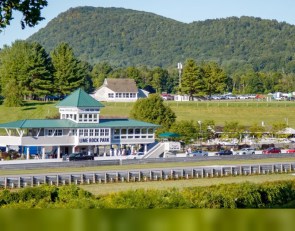