The twin NASCAR Cup Series rounds made for an interesting comparison TV audience, both airing on cable network NBCSN after last year’s were split between over-the-air broadcast network FOX and cable’s FS1. Saturday’s Cup Series round averaged a 0.90 Nielsen rating and 1.4 million viewers, compared to last year’s Saturday race (1.63/2.6m) on FOX, and while Sunday’s race fared better with a 1.49 rating and 2.5m viewers, that was still down from last year’s 1.62/2.7m on FS1.

Formula 1 conducts its doubleheaders over successive weekends, and the consistent “appointment viewing” continued to yield good results in U.S. viewership. Last Sunday’s first race — the Styrian Grand Prix on ESPN — averaged 914,000 viewers, according to the network, which was the fourth best F1 audience of the season and best ever from Austria although still down a tick from the season average of 928K. Last year’s second Austrian race dropped significantly in audience relative to the first, which served as the pandemic-delayed season opener — 752,000 for Austria 1 vs 632,000 for Austria 2, both on ESPN — so it will bear watching to see if this weekend’s Austrian GP (which once again will air on the ESPN flagship) can buck that pattern.

The “limited series” Superstar Racing Experience on CBS also looks to be building its audience. The third round of the 6-race series being run on consecutive Saturday nights yielded the biggest audience yet, with an estimated 1.4m viewers tuning in for the race at Eldora. That followed the 1.3m average viewership for SRX’s Stafford season opener and 1.2m for round two at Knoxville. 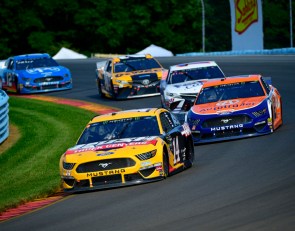 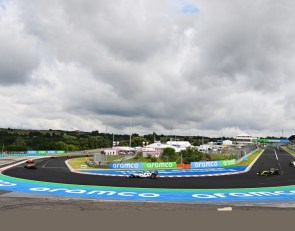