Sunday’s 105th running of America’s greatest race might appear to be the event where engine suppliers Chevrolet and Honda have placed 100 percent of their focus. But far from the Indianapolis 500, there’s another group of designers, engineers, and tuners working in secrecy to win the 107th Indy 500.

The red-hot contest to develop the NTT IndyCar Series next-generation motors, brand-new creations with a displacement increase from 2.2 liters to 2.4, and an addition of a hybridizing kinetic energy recovery system (KERS) to give the twin-turbo V6s an electric punch, is where both brands are deep into a secondary race at private facilities.

Having detailed Chevy’s efforts to prepare its 2023 engine solution, it’s Honda Performance Development’s turn with a first look at HPD’s 2.4L TTV6 prototype and details on how the company is forging ahead with its new IndyCar motor.

“It’s obviously a challenge developing a new hybrid power unit while campaigning the current 2.2-liter engine, but it’s one that, over the years, we’ve done before,” HPD president David Salters tells RACER. “So, the key bit is how you go about your engineering. These days, there’s a lot of simulation involved, and you need to try and separate the different areas of your engineering organization. You use your simulation, which is very efficient, and try to determine the areas in simulation that you want to be looking at, then make some parts and validate and test.

“The new 2.4-liter hybrid power plant is an engineering challenge in line with the ‘challenging spirit’ and passion of Honda. We get a lot of corporate support. Honda is a racing company; our DNA is racing. So there’s a lot of effort trying to balance the two current and future engine developments, because you don’t want to mortgage your future, but you also want to win now. We try to balance between making sure we’re doing what we need to do for the future, while trying and stay competitive now, which is always hard.”

With pole position for the Indy 500 secured and three wins from the first five races of the 2021 season, Salters’ team has been successful so far in achieving that balance. A challenge faced by both manufacturers, however, is found with the timeline for delivering IndyCar’s first KERS units to Chevy and Honda for use in testing their 2.4L engines.

The spec systems that are meant to contribute 80-100 electric horsepower aren’t due to be shipped until some point in 2022, which leaves IndyCar’s engine suppliers to run and improve their new motors without a critical component in the loop.

With the long wait until they’ll have the final KERS units in hand, Salters says simulation is the answer to replicating the new and unfamiliar loads and strains their motors will eventually face when electric horsepower comes online.

An early single-cylinder version of HPD’s new IndyCar engine getting a workout on the dyno. Image via HPD

“The new engine will be coupled to a hybrid component, and the fact that it has electrification is great, because we wanted to go in that direction, but that also presents various new challenges,” he says. “We started a year or so ago, and we have running prototype internal combustion engines (ICE) now. Each possible direction has its own issues, but we’re starting to get into the development process, and we’re starting to find out where we are in the development process, and how good our simulation and validation process is.

“The key there is simulation. So you’ve got the internal combustion component. Imagine the crankshafts, they got the combustion from the pistons through the connecting rods, the big bang comes down through the crankshaft and comes out the back of the engine. Now its friend, the KERS component, is sat basically on the back of the engine, or between there and the gearbox in this case. And we run at 12,000 RPM. So there’s lots of bangs going on many, many times a second, and that puts loads on everything – shafts twist and oscillate as you go through to the gearbox and eventually out to the wheels.

“And you’ve got this KERS mass that is basically sat on the back of the engine that you’re trying to accelerate and decelerate with combustion, and it’s trying to accelerate and decelerate as it supplying its power back to the ICE. You need to make sure that the interaction of ‘torque impulses’ coming out the back of the engine, and those that come out the KERS, all goes through the gears and out to the wheels in a harmonious manner. Because if they aren’t, and they ‘argue,’ shafts go blue and gears fall off. You need to make sure everything is happily talking together.”

That’s where, in the absence of an actual 2023 KERS unit to use while developing its 2023 engine in 2021, HPD and Chevy are reliant upon software and brilliant engineers to create complex simulation models to replicate what they’re unable to do in the real world.

“So, you need to do a lot of modeling of how those torque pulses are interacting and the technology is pretty great these days, but simulation is simulation,” Salters says. “It will always give you an answer, but it pretty much depends on the boundary conditions that you told it. If you told it the right stuff to think about, it will probably give you a decent answer. If you told it the wrong stuff to think about, it’s not going to give you a great answer. Garbage in, garbage out.

“Our job is making sure that we understand the right stuff to tell it, the boundary conditions, and that we are very precise in our modeling and that we get the results. And then we find ways of checking them. Right now, for example, you can put a dummy KERS mass there and you validate that, or we will go and measure the results. But all those torque impulses can lead to torsional vibrations, which is an oscillating and twisting of all the shafts as the torque pulses come through them. We put reasonable effort into modeling that, but modeling is only as good as you validate it or measure and feedback and say, ‘Yep, that’s right.’

“Because it is very complex, you cannot model everything. But we have to understand the engine on its own, and then we need to understand how the hybrid will behave. And we will put that together. And as time goes on, that’s what the engineering process is: understanding the boundary conditions, then simulating, and then validating.”

One area of 2023 engine development that does not involve waiting on KERS is the ongoing use of E85 ethanol as the fuel that will help the 2.4L motors reach 800-plus horsepower.

“After the increased displacement and the KERS, there’s a third element people forget about, which is that we run a biofuel of 85 percent ethanol, a 105-octane racing fuel, and we’re going to continue to have a biofuel component to these new engines,” Salters says.

“They’re super-efficient engines, so we’re lining ourselves up nicely for the future, aren’t we? The low carbon fuel and biofuels and e-fuels and stuff are also starting to enter the debate. We just all want to be responsible for the future. Electrification is a big, big part of that, so are low carbon fuels, but people still need mobility. And there are a lot of passenger vehicles out on our roads.

“We as a company are thinking about that what happens there in the future, and that’s the nice bit about racing. We can go away and try some stuff, and we’re encouraged by Honda to do that. And we can investigate and bring those findings back to Honda.” 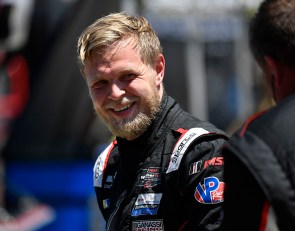 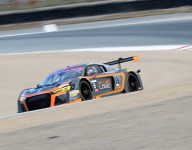