Q: Colton Herta is my favorite driver. As much as I wouldn’t want him to leave I would love if he got an opportunity in Formula 1. I know Mario has been talking up Colton’s future in F1 for a while. I would like to see Colton make the move and be successful. One of the greatest memories I have in motorsports was back in 1997, walking around the paddock in Cleveland and seeing a group of drivers huddled around a TV watching the British Grand Prix. I remember them high-fiving and celebrating Jacques Villeneuve’s victory. I think an IndyCar driver, especially an American IndyCar driver, succeeding in Formula 1 would give us fans a sense of pride in “our” series. What is your opinion?

RM: Unless he got a ride with Mercedes or Red Bull, why would anyone want to see him go to a mid-pack team to run for 10th or race his teammate? Ask da Matta, Bourdais, Zanardi or even Jacques after he left Williams how much fun they had in F1. Ask Grosjean if he feels like a race driver again since coming to IndyCar. F1 is great for about six drivers, but Colton is the face and future of IndyCar for the next 20 years and I’d hate to see him get lost in the shuffle over there.

Q: So smooth, so confident, so impressive was Colton Herta at St. Pete. Essentially a perfect drive. If F1 cares enough to after years once again have two races in the U.S., how can anyone in the paddock deny this great young American driver a serious look – sponsorship or not?

RM: Because they don’t care about American drivers in F1.

Q: I just read that Mario Andretti says Herta belongs in F1. I remember a rumor about Michael Andretti perhaps entering F1. Any traction to this? As a huge F1 fan I’d love to see this.

RM: Michael evidently had some conversations a few years ago but then he went to Formula E, and it would appear to be a long shot unless John Menard decides to throw in $500 million. As a huge Colton Herta fan, I’d hate to see him in a car that had no chance of winning, and that would likely be his fate in F1.

With the new-for-1998 skinny grooved tires, year-old rebadged engines and an FW20 that looked like a year-old rebadged car, you could argue that Villeneuve’s F1 fun factor was fading even before he left Williams. Motorsport Images

Q: With what seems to be more chatter about Colton going F1, I have to ask. Why would anyone leave IndyCar to go to F1?

RM: They wouldn’t. Read Marshall’s story from Monday. Colton is no fool.

Q: Wow, Colton was amazing. Two down and 12 to go, but I want Colton to win a couple more. Still feel good about your pre-season prediction?

RM: Oh yeah, I think Herta will win a couple more, but 14 is still in play in my deranged mind.

Q: What’s up with the blisters on the driver’s hands? In the post-race interviews after St. Pete both Colton Herta and Jack Harvey showed the huge blisters on their hands. I would assume most drivers have these blisters. Maybe not the older drivers as much. Texas is only six days away and that’s not nearly enough time for blisters to heal. Two more days of back-to-back excruciating pain on the existing blisters in Texas. It has to hurt. Do the drivers ignore the pain in their hands, or does the adrenaline of the race take their minds off of it?

RM: It shows you what no power steering, a physical street circuit and high temperatures can do a pair of tough hands, but Texas won’t be nearly as bad because they’re not grinding on the wheel and dodging concrete for two hours. And when a racer is in the zone, do you think he really worries about blisters?

Q: I have have trouble with NBC’s coverage of what turned out a great race in St. Pete. The pre-race segment where little kids asked childish questions of drivers – designed to attract younger viewers, I’d assume – was a puerile waste of air time for real race fans. Then, early in the race, Graham Rahal’s radio told him to go easy, conserve fuel, that everyone was doing the same. This purported to be a race. Why wouldn’t the casual fan that NBC so desperately wants to court tune out from watching a procession of fuel-savers? If NBC and IndyCar want to grow the sport, shouldn’t they promoting actual racing and drop the childish gimmicks?

RM: Unfortunately fuel is a big part of the story every week in IndyCar and NASCAR, and I agree the last thing you want to hear is “saving fuel” but it’s a necessary evil in terms of race strategy. 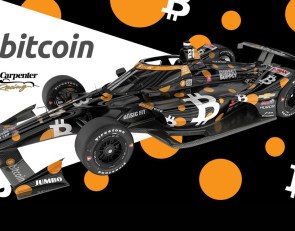