Sabine Schmitz, a German professional racer driver for BMW and Porsche and popular TV personality, died Tuesday of cancer at the age of 51.

Best known as “the fastest taxi driver in the world” for her drives around around Germany’s fabled Nurburgring as well as a television presenter for the popular BBC TV show Top Gear, Schmitz also claimed pro racing wins at the Nurburgring 24 Hours in 1996 and ’97 driving a BMW M3. She first gained TV fame on Top Gear in 2004 when she tutored then host Jeremy Clarkson on turning fast laps at the Nurburgring. Schmitz became a presenter of the show itself in 2016.

While continuing to contribute to the show, Schmitz acknowledged last year that she had been undergoing treatment for cancer since 2017.

“The Nurburgring has lost its most famous female racing driver,” the race circuit with which she was long associated posted on Twitter. “Sabine Schmitz passed away far too early after a long illness. We will miss her and her cheerful nature. Rest in peace Sabine!” 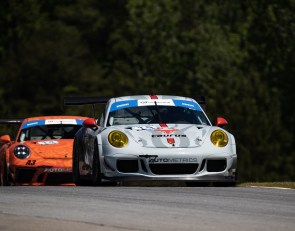