The magic number for Rick Hendrick is six.

Hendrick Motorsports enters the 2021 season just five victories shy of tying the all-time team record for wins in the NASCAR Cup Series and six from taking sole place of the most-wins honor. Since 1984, when Geoff Bodine scored an improbable victory for the team at Martinsville Speedway, the organization has collected 263 points-paying triumphs.

Petty Enterprises is the current record holder with 268 race wins.

“I’ve thought about that a lot as we kind of got closer to it,” said Rick Hendrick. “The Petty organization will always be the backbone of the sport, and Richard will always be The King.

“We may end up more wins than they did, but what they have done for the sport – Richard’s been with Presidents, (and) he is kind of the person that when you mention his name, it helps our whole sport. So, I’m a little humbled to think I’m going to maybe, one day, pass his record of wins, but I don’t think I’ll ever – (though) I would love to – contribute as much to the sport as Richard Petty, and the Petty organization has.”

The famed Petty team notched its final win in April 1999 with the late John Andretti at Martinsville. At that time, Hendrick Motorsports sat at 88 career victories. Petty Enterprises ceased operation after the 2008 season as the team went through changes with new partners. It is now Richard Petty Motorsports. 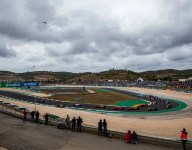