Jerry Baxter expects that his new driver, Erik Jones, is likely going through a bit of culture shock as a member of Richard Petty Motorsports.

Jones joins an organization of less than 50 after spending the past few years being tied to NASCAR powerhouse Joe Gibbs Racing with its hundreds of employees and multiple cars competing in multiple series. But beginning next season, Jones becomes the face of the No. 43 for Petty and a team that wants to overachieve.

“I’m sure this is going to be a culture shock to him to come to our deal and see what we have to offer,” said Baxter. “We’re not a really bad race team, and I’m pretty excited about what’s going to happen here. I really am excited about it, and so are all my people.”

Baxter and Jones have a shared enthusiasm about the 2021 season. Not only is Jones embracing being with a single-car operation – a throwback to late model racing, when he knew everyone on the team – but he’s also relishing helping to elevate the program. Last season, Baxter and Darrell Wallace Jr. finished 22nd in points, a six-spot jump from the season before.

And that was Baxter’s first year with the team. A year later, he feels the cars are much further along, and as such, he expects to pick up some more spots in the championship standings with Jones behind the wheel.

“That’s a tough order when you have four Hendrick cars and four Penske cars and four Gibbs cars, and on and on, and you sort of it all out,” said Baxter. “We finished 22nd; it’s not terrible. But hopefully, we can get in the teens and just rock it a little better.”

Jones believes a top-20 finish in the championship is a realistic goal. In four seasons at Gibbs, Jones finished a career-high 15th in the standings in 2018.

“They (Petty) took a huge step last year, like (Baxter) said, and I think they’re just continuing to grow that relationship with (Childress), and that’s continuing to make them stronger,” said Jones. “I think there’s even more stuff we can do this year that’s going to make us better. Hopefully, I can bring some knowledge from what I’ve done over at JGR and their group and continue to help RPM.

“It’s going to be interesting to see. Obviously, it’s a little tough with the development freeze – we’re not really able to go in and make parts and make things that are better than what they’ve had. But there’s still some aero development and stuff there that we can go out and hopefully work on.”

Jones expected to re-sign with Gibbs, but the sudden demise of Leavine Family Racing changed that as Gibbs chose Christopher Bell. If that gives Jones a chip on his shoulder to go out and prove something, Baxter is OK with that. In fact, everyone on the team was glad to hear Jones express that this is the most excited he’s been to start a season since his rookie year.

“Those are good things; we want to hear that,” said Baxter.

“I’m excited to get over there and just kind of do something totally different,” said Jones. “Single-car team that’s working to get back to victory lane, that’s the ultimate goal for the season, and I think there’s definitely tracks where we can go and accomplish that. Superspeedways, short tracks, road courses are places I feel like we’ll be able to go out and run really well.

“For me, that’s an exciting opportunity, and I think Jerry and I are on the same page that we’re both really looking forward to next year and what we’re going to be able to go out and accomplish with that car; I think it’s going to surprise a lot of people. I’ve been up to the shop now and see what they’ve got to work with, and for me, it’s really encouraging, and a lot of good things I think that they have are going to be really positive for next year.” 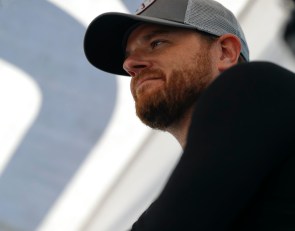 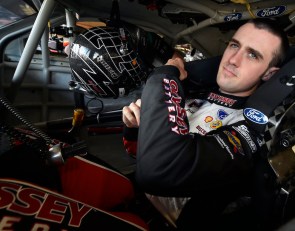 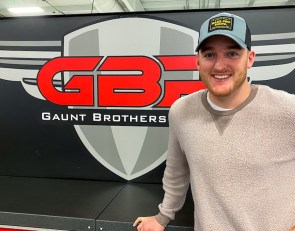