The NTT IndyCar Series hopes to hold its makeup Honda Indy doubleheader at Mid-Ohio over the weekend of September 11-13. RACER has confirmed the new event date, led by Green Savoree Race Promotions, had been submitted to local authorities for approval.

A request to include 10,000 socially-distanced fans at the popular 2.2-mile road course is also said to be part of the filing.

Originally scheduled for the weekend of August 14-16, the Mid-Ohio race was moved back one weekend to accommodate the start of practice for the Indianapolis 500 when numerous calendar changes were made in reaction to COVID-19. And with a number of event cancellations, the race weekend transitioned from a single round to a doubleheader over Aug. 7-9.

As the last date approached, a decision by local health and government officials removed the possibility for fans to attend the Mid-Ohio race, and with a significant financial loss expected from the lack of income, the event was postponed with no immediate replacement date listed.

Following cancellations of IndyCar’s visits to Portland and Monterey in September, and a busy month of October featuring three races, a new schedule spot for Mid-Ohio to fill next month’s wide-open calendar has been expected. 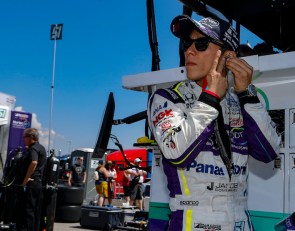