Former Brabham Formula 1 team owner Ron Tauranac, who won world championships with cars he designed and and engineered, has died at the age of 95, his family has announced.

“The Tauranac family regretfully announces the loss of Ron Tauranac at the age of 95,” the family said in a statement. “Ron passed away peacefully in his sleep during the early hours of Friday morning at his home on the Sunshine Coast in Queensland, Australia.

“Active, healthy, and independent until the end, he felt the need to constantly achieve something and always had the next goal in mind. He was never one to rest on his laurels, with his sharp engineering mind always engaged. When asked recently what the best car he designed was, he responded simply ‘the next one.'”

British-born Tauranac co-founded Brabham with racer Jack Brabham in the early 1960s and the team won F1 world championships with Brabham in 1966 and again the following season with Denny Hulme. He also worked with Brabham at the Indianapolis 500 (pictured above in 1969).

Following Brabham’s retirement in 1970, Tauranac took over the team and ran it until selling the operation in 1972 to Bernie Ecclestone. He subsequently worked with several F1 teams as a designer before founding the Ralt marque, which built championship-winning customer chassis in a variety of open-wheel classes in the 1970s and ’80s, including Formula Atlantic and Super Vee. Tauranac also fielded works Ralt teams in Formula 2 and Formula 3000, dominating the last few seasons of the original F2 category in a factory partnership with Honda.

After selling the Ralt company to rival custom chassis builder March in 1988, Tauranac worked as a consultant to a number of racing programs, including the Arrows F1 team. He also served as the design judge at the Formula SAE Australasia competition.

“He led an extraordinary life,” the family’s announcement of his passing concluded. “We are both incredibly proud of what he achieved and deeply saddened by his loss.” 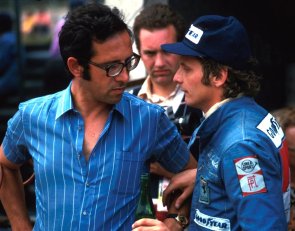