Ferrari has closed its museums in Maranello and Modena, while also stopping all non-critical business travel, in response to the growing coronavirus outbreak in Italy. The virus has created uncertainty about some of the early races in the season, too.

Rapidly increasing numbers of those diagnosed with the virus has led to a number of towns in the Lombardy and Veneto regions in the north of the country being placed in lockdown.

“The situation is being monitored closely,” a Ferrari statement read. “New measures will be promptly implemented and communicated should they become necessary.”

At present the outbreak is not affecting the work by Ferrari and fellow Italian-based Formula 1 team AlphaTauri at pre-season testing. On-site, McLaren last week banned anyone who has visited listed regions in the previous 14 days from accessing its hospitality, in line with McLaren Group policy.

There is growing concern over the situation in Italy, where more than 370 cases have been reported and 12 deaths have been attributed to the virus. An upcoming international rugby match in Dublin between Ireland and Italy has been postponed due to the outbreak. Along with Ferrari and AlphaTauri, Pirelli and Dallara — which works closely with Haas — are also based in Italy.

While the Chinese Grand Prix remains the only F1 event that has been postponed. Vietnam has officially declared 16 cases of coronavirus, with all 16 people having recovered, but there remains concern about its border with China ahead of its inaugural race on April 5. Before then, F1 travels to Bahrain, where 26 cases have been reported and on which a 48-hour block on flights from Dubai — a key transport hub — was imposed this week.

With the Hanoi Circuit being completed this week, the Vietnam race organizers insist the event is not under threat.

“Preparations for the race are going according to the set schedule,” Le Ngoc Chi, CEO of the Vietnam Grand Prix Corporation, said. “The F1 race in Hanoi in 2020 will take place as planned. We are of course monitoring the situation closely and will notify customers and media should there be any changes.” 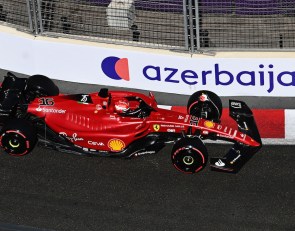 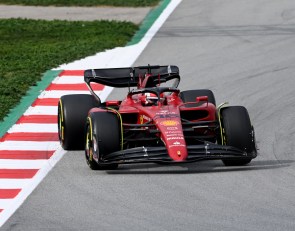