Six-time Trans Am Series presented by Pirelli champion team Breathless Racing has revealed a new livery for its No. 98 Mustang driven by Ernie Francis Jr. The new look, which will debut at the season-opening race at Sebring International Raceway February 29-March 1, features the colors of new sponsor OneSouth Florida Wealth Advisors, a financial and insurance services company. 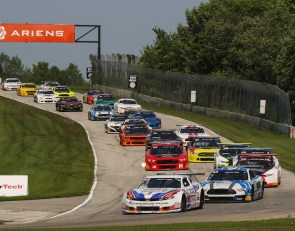