ABOVE: Kevin Magnussen and Haas engineers crunch the numbers.

Haas will have support from Pietro Fittipaldi in the simulator for the first time during this weekend’s Abu Dhabi Grand Prix.

2019 has been a difficult season for Haas, with a quick car in qualifying not translating into race performance as the team struggles with tire performance. Team principal Guenther Steiner says Abu Dhabi will be the first time Haas has had simulator support during a race weekend — common practice among many teams — with Fittipaldi carrying out duties in the Dallara simulator in Italy in tandem with the track running at Yas Marina.

“I think this year we worked more on establishing the program than actually using it,” Steiner said. “We will use it this weekend, but just as a trial but to see if everything works and make sure everything is in place for next year.

“It will not be a help for the racetrack; it will be more (to see) if we can communicate efficiently, if everything works how we want it to work. It’s basically a rehearsal of the process, not of the performance of the car. Maybe we get some performance out of it, but the aim is not that, it’s more to try the system out.”

With Haas struggling throughout the season, Steiner admits it was a support system the team had hoped to have in place earlier in the year.

“It took longer than we wanted it to take — it’s a difficult task because you don’t realize until you do it how many years teams had to do what they did. We’ve still got work to do to make it a better system, but it’s a first step. There was not one thing that was wrong, but we tried to do a lot, and we didn’t achieve it. Or we achieved it, just a bit late.”

The simulator role is one Robert Kubica could take on if he joins Haas, with Steiner admitting he is still waiting for the Pole and his management team to finalize their plans.

“We are in contact, obviously, but I think they need to make their decision … there must be something (delaying it) — they cannot take the decision, and I respect that because I cannot interfere in their affairs.

“Obviously, Robert has got a lot of experience. I think we have got alternatives, because we worked really hard on it this year, but the good thing with Robert would be that he has done it before. He knows what to do. Our guys, it’s new for us and new for them, so obviously it will take longer than having somebody who has done it before.” 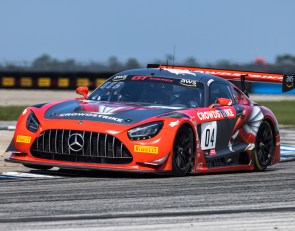