Joe Gibbs will have the upper hand in the Monster Energy NASCAR Cup Series championship race.

With his victory Sunday afternoon at ISM Raceway, Denny Hamlin will join teammates Kyle Busch and Martin Truex Jr. in the Championship 4 next weekend at Homestead-Miami Speedway. Having qualified two drivers for the title race in the past (2016 with Busch and Carl Edwards), this year marks the first time Gibbs, or any team owner, has had three of the four drivers competing for the championship.

Coach Gibbs has received his share of these during his coaching days.

“It’s a thrill for us to be a part of this,” he said. “This is going to be kind of a wild week. It will be an unbelievable race, and I think our fans will enjoy it. You have four heavyweights in there, and everybody has a reason to want to win it.”

Gibbs is a four-time championship-winning car owner, and JGR Toyotas have won 18 of the 2019 season’s 35 races. Busch and Truex are former champions each going for a second title, while Hamlin will be competing for his first.

Given the circumstances, Gibbs expects to have some “separation” among the teams this week. All the crew chiefs meet on Mondays, and Gibbs even expects that to be different this week.

“I would say at the racetrack, obviously, it’s going to be our three teams going for it as hard as they can, each one of them,” said Gibbs. “Denny has not won a championship, and you can imagine how hard he’s going to go for it. Chris (Gabehart) is running the show there and has done a fantastic job this year with him. So, you can imagine Denny’s situation.

“Then you have Kyle. He would love to have it and is going to go after it as hard as he can. Today, to be able to finish second (with) all the pressure during the race with Joey (Logano) and everything.

“And then there’s Martin …” Image by Jarrett/LAT

Gibbs, along with his drivers, stated the three teams would work together to prepare, both at the shop and through the weekend. Truex said he felt like the reason there are three teams in the final four is because of how well they work together. Busch noted that in ’16 there was cooperation between his and Edwards’ teams, and even though Truex was a satellite team last year, the same applied.

Until Sunday morning, at least. Then it will be every driver and team for themselves.

“When you think about this, three drivers want a championship,” said Gibbs. “Their sponsors mean so much to us — each one of them — and it’s a separate story, each one of those.

"I am so fortunate to be able to work for a guy like you."@CG1751 shared a special moment with Coach Gibbs while his @JoeGibbsRacing team celebrated in Victory Lane. #Championship4 pic.twitter.com/NaPFSI4Yxc

“It will be an all-out effort with (Kevin) Harvick in the middle of it. I think it will be a great weekend. I do love that aspect of our sport, which is totally different. When I was in football, it’s one team. You’re trying to win with one team. This is four teams, and when you get to the racetrack, it’s four teams competing against each other.

“I love that aspect of it and I’m thrilled to be a part of it.” 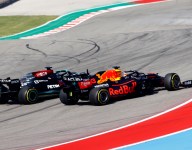 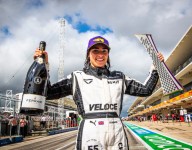 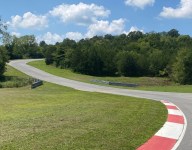 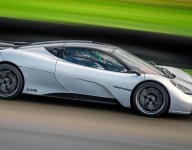 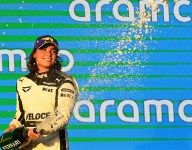