Barrichello to join inaugural S5000 round

Barrichello to join inaugural S5000 round

Rubens Barrichello is the first driver to be confirmed for the next month’s inaugural round of Australia’s new S5000 class at Sandown in Melbourne.

Up to 14 of the cars are expected for the event, which marks the return of high-horsepower open-wheelers to the Australian motorsport landscape.

“Having been to Australia many times during my F1 career, I’m excited to be coming back for the first ever race for S5000 in Melbourne,” said Ruben Barrichello.

“The concept of the S5000 formula is a very interesting one, the car looks to be a real challenge, and I look forward to playing my part in its launch.

“It’s great to see what will be a resurgence in serious open-wheeler racing in Australia. I hear the sight and sound of a five-litre V8 in the back of the S5000 is pretty awesome.

“I’ve never been to the Sandown circuit before, so there will be much to absorb, but it looks like a great venue for the S5000s to make their debut. It’s going to be a great experience.”

Barrichello made a record 322 Formula 1 starts between 1993 and 2011, and then spent a season racing IndyCars with KV. That 2012 campaign represented his most recent exposure to open-wheelers, and he has since been competing in Brazilian Stock Cars.

Although completely modern, the S5000 cars draw inspiration from the Formula 5000 machinery of the 1970s. With a combination of a powerful V8 engine, large wings and fat tires, they are expected to break lap records at most venues they visit. 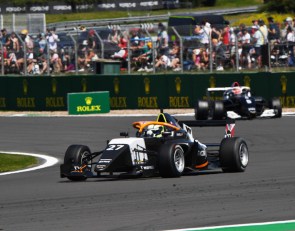 Powell battles back for W Series win at Silverstone