Dillon looking to reset at Michigan

Dillon looking to reset at Michigan

On the Richard Childress Racing campus in Welcome, North Carolina, over 1,000 people gathered inside the team’s conference center for food and entertainment. But this wasn’t just any large group, as RCR was hosting a 75th anniversary D-Day luncheon for veterans. The event gave Dillon time to focus on life’s important things, and get him away from racing after two horrible weeks in which the No. 3 Chevrolet left the track mangled while Dillon watched valuable points slip away.

“It’s always huge when you can create some outside momentum to take your mind off where you’re at,” said Dillon. “It’s just special hearing from others.”

In Charlotte, Dillon was an innocent victim collected in a Kyle Larson and Clint Bowyer crash coming off Turn 2. Last weekend at Pocono, after qualifying 10th, Dillon was spun by Paul Menard in Turn 3 on Lap 30. While the previous two weeks have resulted in DNFs for Dillon, four straight finishes outside the top 15 have resulted in him falling from 14th to 21st in points.

“We’ve got a great group around me, and I’ve just been putting in the work here at the shop as much as I can because I know we’ve got some speed this year, just the finishes haven’t been there the last couple of weeks,” Dillon said. “It really took us out of a place where we felt pretty comfortable where we were, and now I’m more focused on winning. I think that’s the big key to win a championship, and that’s my ultimate goal. I feel like I can be a championship driver, and I want to win races.

“We need to go get a win, and that’ll plug us in where we feel like we deserve to be, and that also bodes well for when you get in the playoffs. You’ve got to win to get win this thing. So, we need to be up front more. We’ve shown speed qualifying; we just got to transfer it to the race.”

Dillon qualified for the playoffs on points in 2016. In 2017, his first win in the Monster Energy NASCAR Cup Series in the Coca-Cola 600 locked him into the postseason while last year Dillon took a spot with his victory in the Daytona 500.

Twelve races remain in the regular season. Mathematically Dillon can still earn a spot through points as he’s only 57 points behind 16th place Kyle Larson. However, Dillon said that he, crew chief Danny Stockman and the rest of the team can’t be worried about that route.

“I think we just got to be aggressive, we can’t really worry about the points,” said Dillon, who has two top-10 finishes. “The points are what they are right now due to whatever has happened over the last couple of weeks. A couple of weeks ago (if) you talked to me I’d be really focused on having solid runs and letting that turn hopefully into a win. Now, it’s more about winning because that’s what we need to do, I feel like, to be in a better position.”

And Dillon does believe his team has the speed to win a race outright before the playoffs start on Sept. 15 in Las Vegas.

“I’d be lying if I said we don’t,” he said. “We’ve shown it at certain times, we’ve just got to put ourselves in the right position at the right time. We haven’t been executing well enough at the right time to put ourselves there. Richmond, I felt like we had a car capable of winning, didn’t have the pit stop we needed; and then we’ve had pit stops that are capable of winning races in other races that we haven’t had the speed to win. So, it’s just putting it all together to make it happen.

“The cars are good. My pit crew’s good. Sometimes I can be good, too. So, we’ll put it all together at some point.”

With a fresh focus on the task at hand, Dillon would love to take a special No. 3 paint scheme to victory lane in Michigan.

There are over 1,400 names of veterans from Dow, RCR, and ECR featured on the car. For those who don’t recognize the scheme, it’s similar to the one Dale Earnhardt drove in the 1996 All-Star Race #NASCAR pic.twitter.com/NBH7VAq6tv

Another look at this weekend’s ride for @austindillon3. All the names are on the hood #NASCAR pic.twitter.com/3CsnKGV6nY 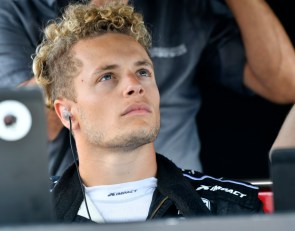